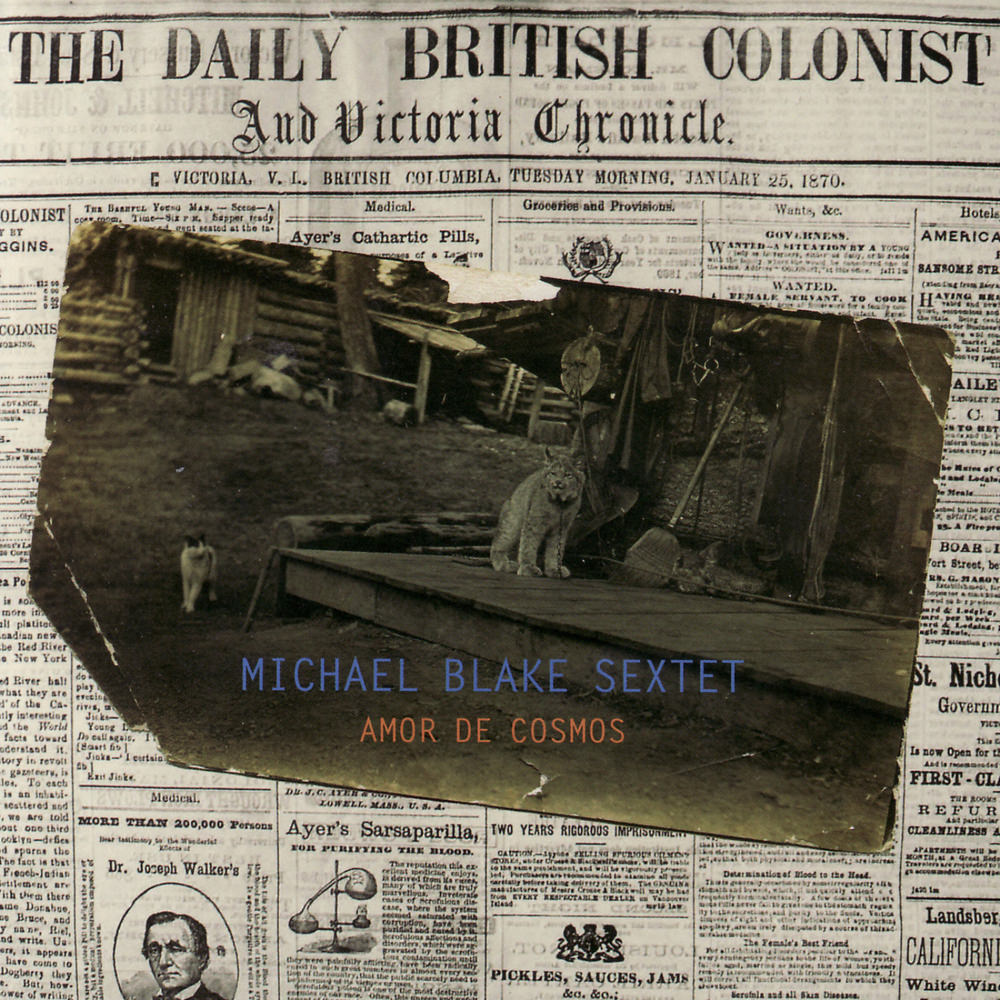 Available in 88.2 kHz / 24-bit AIFF, FLAC high resolution audio formats
“... Blake is one of an all-too-common subset of the jazz community: players who create brilliant music while flying largely under the radar of widespread critical and/or popular acclaim ... like most of Blake’s projects, this one is as good as it is different from his last.” - JazzTimes.com Michael Blake has been a resident of New York for 20 years but he grew up in Vancouver, and on a visit home in 2005 he organized two gigs with somewhat younger players from the jazz and creative music scene, most of whom he had not played with before. The upshot is an all-Canadian sextet on this 2007 release featuring classical/new music/Latin percussionist Sal Ferreras and several of Canada’s most acclaimed, progressive jazz musicians improvising on Blake’s wide-ranging compositions. There are also two highly expressionistic improv duets between Blake and pianist Chris Gestrin. Intrigued by the life of 19th century British Columbia newspaperman and politician William Alexander Smith, who renamed himself Amor de Cosmos, Michael was inspired to re-explore his roots and forge new musical connections, resulting in another departure in a career devoted to revitalizing his own playing and composing by drawing broadly on the history of the music.
88.2 kHz / 24-bit PCM – Songlines Recordings Studio Masters