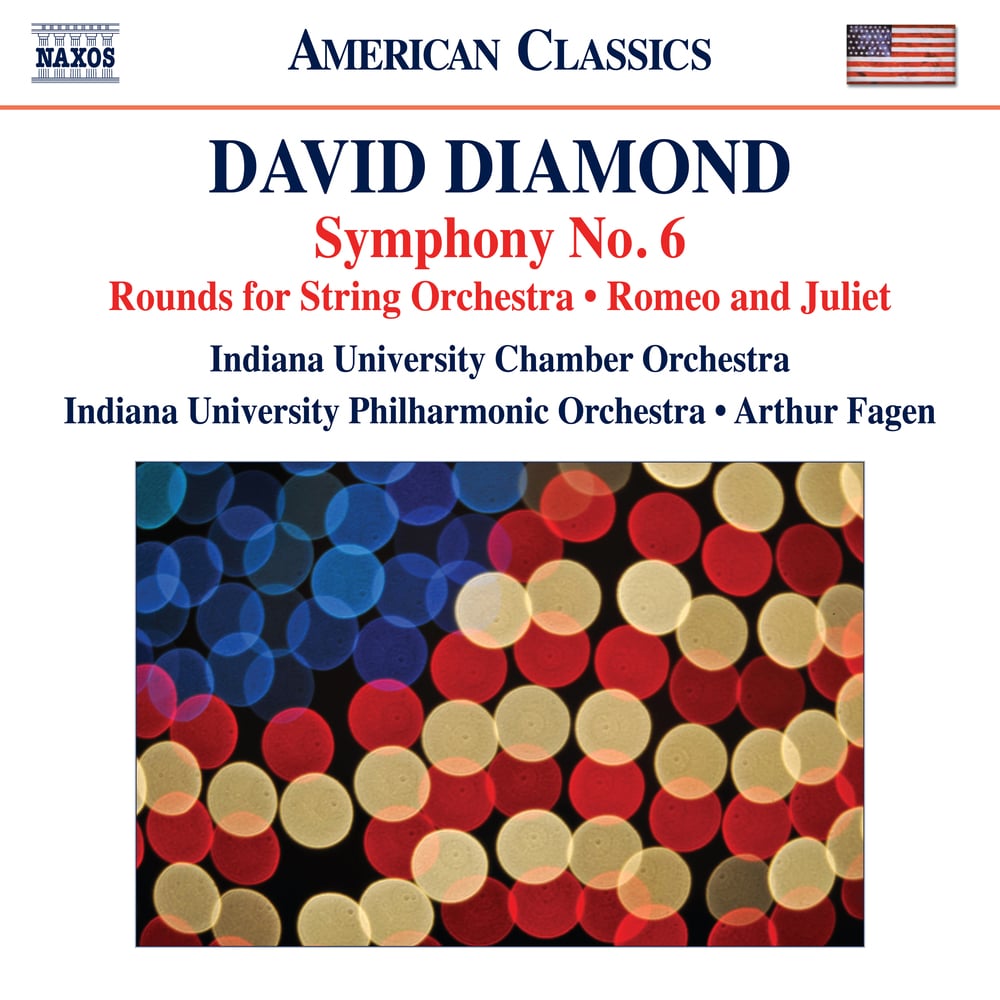 David Diamond: Symphony No. 6, Rounds & Music for Romeo and Juliet

Available in 96 kHz / 24-bit AIFF, FLAC high resolution audio formats
The three works on this recording were composed at the height of David Diamond’s popularity. ‘Rounds’ is his most enduringly popular piece, whose simple economy of means prompted Aaron Copland to exclaim, “Oh, I wish I had written that piece.” The concert suite ‘Romeo and Juliet’ explores the “innate beauty and pathos” of Shakespeare’s play. Taking its cue from the work of nineteenth-century Romantic composers, ‘Symphony No. 6’ is cyclical, the second and third movements deriving from material found in the first. Conductor Arthur Fagen has been professor of orchestral conducting at the Indiana University Jacobs School of Music since 2008 and music director of the Atlanta Opera since 2010. He has conducted at the world’s most prestigious opera houses and music festivals, and from 1998 to 2001, he was guest conductor at the Vienna State Opera. Here he leads the Indiana University Philharmonic Orchestra, the premiere orchestra at the school, and the Indiana University Chamber Orchestra.
96 kHz / 24-bit PCM – Naxos Studio Masters