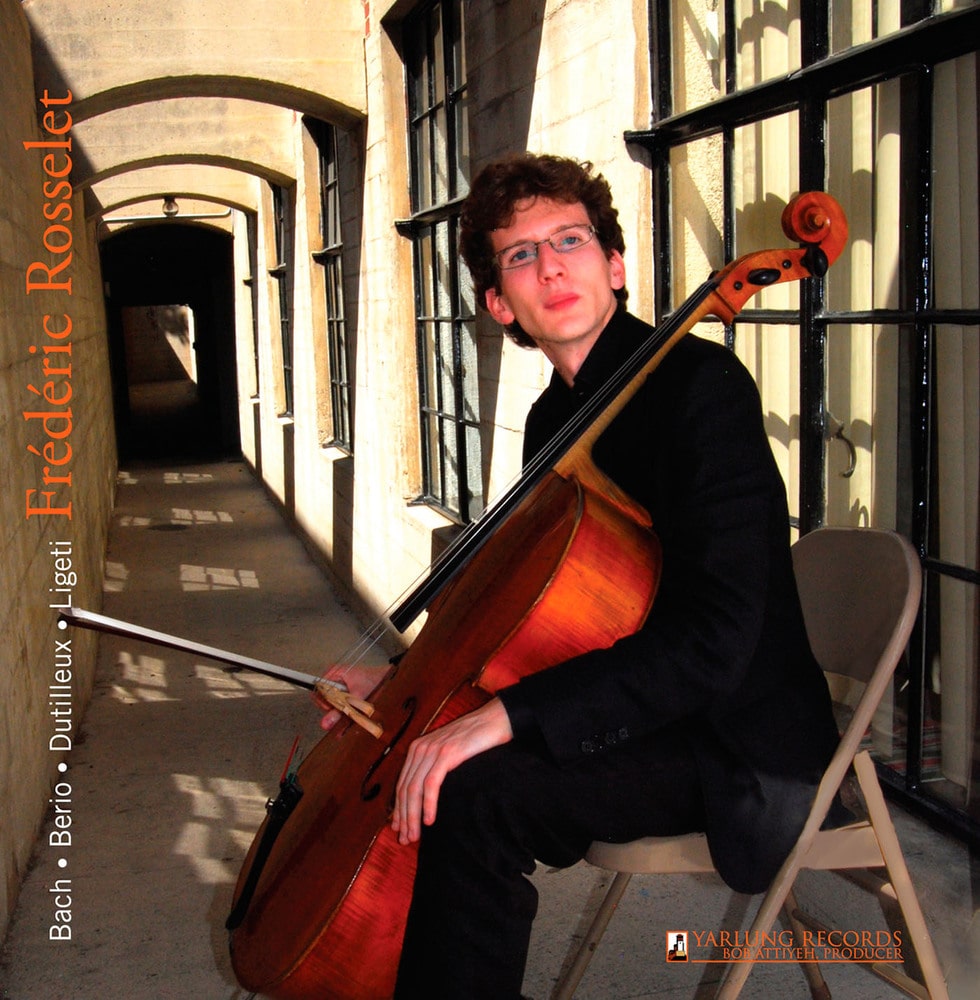 Available in 88.2 kHz / 24-bit AIFF, FLAC high resolution audio formats
Swiss cellist Frédéric Rosselet plays subtly and athletically, showing off his skill tastefully and reservedly. The technical prowess you will hear on this album rivals the great virtuosi and his recording is on a grand scale. Rosselet plays two different cellos on this 2012 release. On the pieces by Berio, Ligeti and Dutilleux he plays a "modern" instrument, about 130 years old, that used to belong to his grandfather. For the two Bach suites, however, Rosselet chose a glorious instrument configured as it would have been played in the Baroque era: without a peg, with a lighter sound post on the interior of the instrument, gut strings and a Baroque bow.
88.2 kHz / 24-bit PCM – Yarlung Records Studio Masters