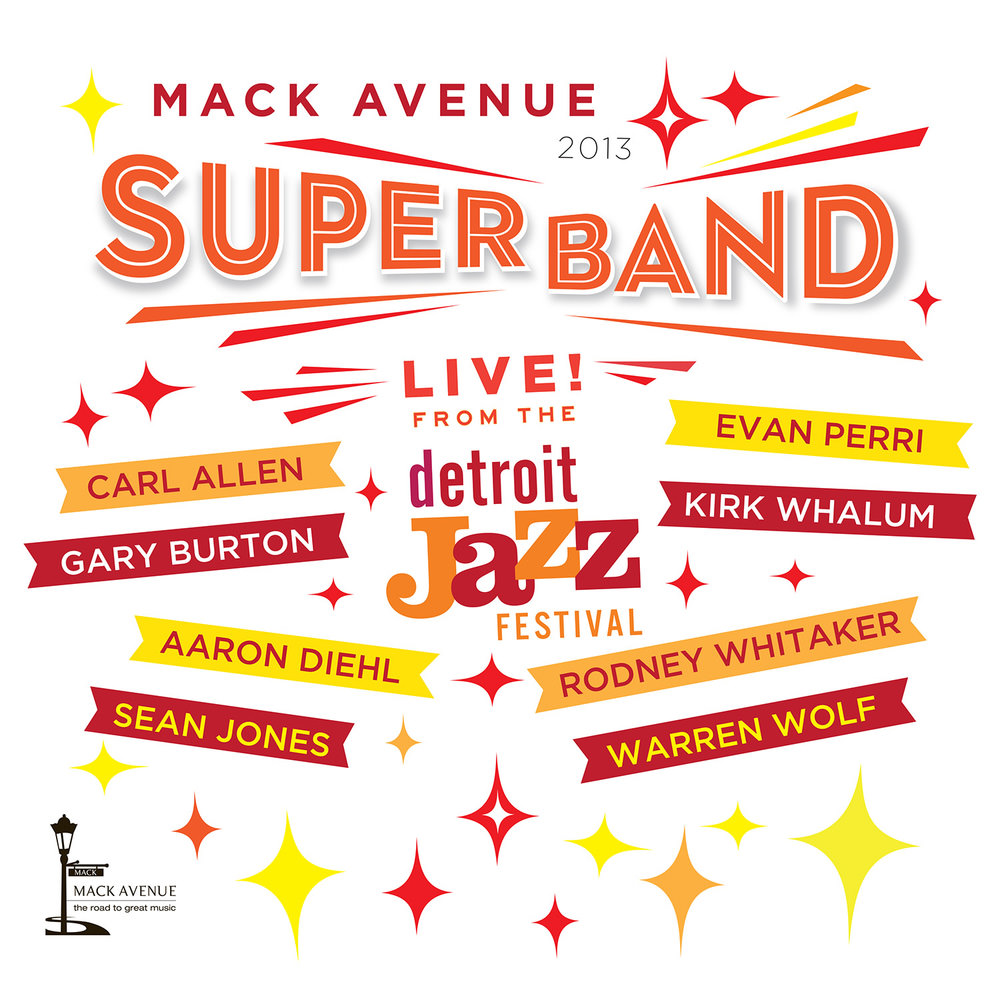 Live from the Detroit Jazz Festival 2013

Available in 48 kHz / 24-bit AIFF, FLAC audio formats
SuperBand’s Live From The Detroit Jazz Festival 2013 documents a concert at the Motor City’s Hart Plaza by an ensemble of leaders assembled from the ranks of Mack Avenue Records’ extraordinary artist roster. This marks the second configuration of the group which debuted at the 2012 Detroit Jazz Festival, mixing veteran stars with mid-career leaders and up-and-comers. Performing on this follow-up are vibraphonist Gary Burton, trumpeter Sean Jones and guitarist Evan Perri, joined by veteran soul/jazz saxophone giant Kirk Whalum and sensational vibraphonist-marimbist Warren Wolf. The results are a program as cohesive and precise as a studio recording, but infused with energetic vibrations emanating from the several thousand enthusiastic fans who attended the free concert.
48 kHz / 24-bit PCM – Mack Avenue Records Studio Masters