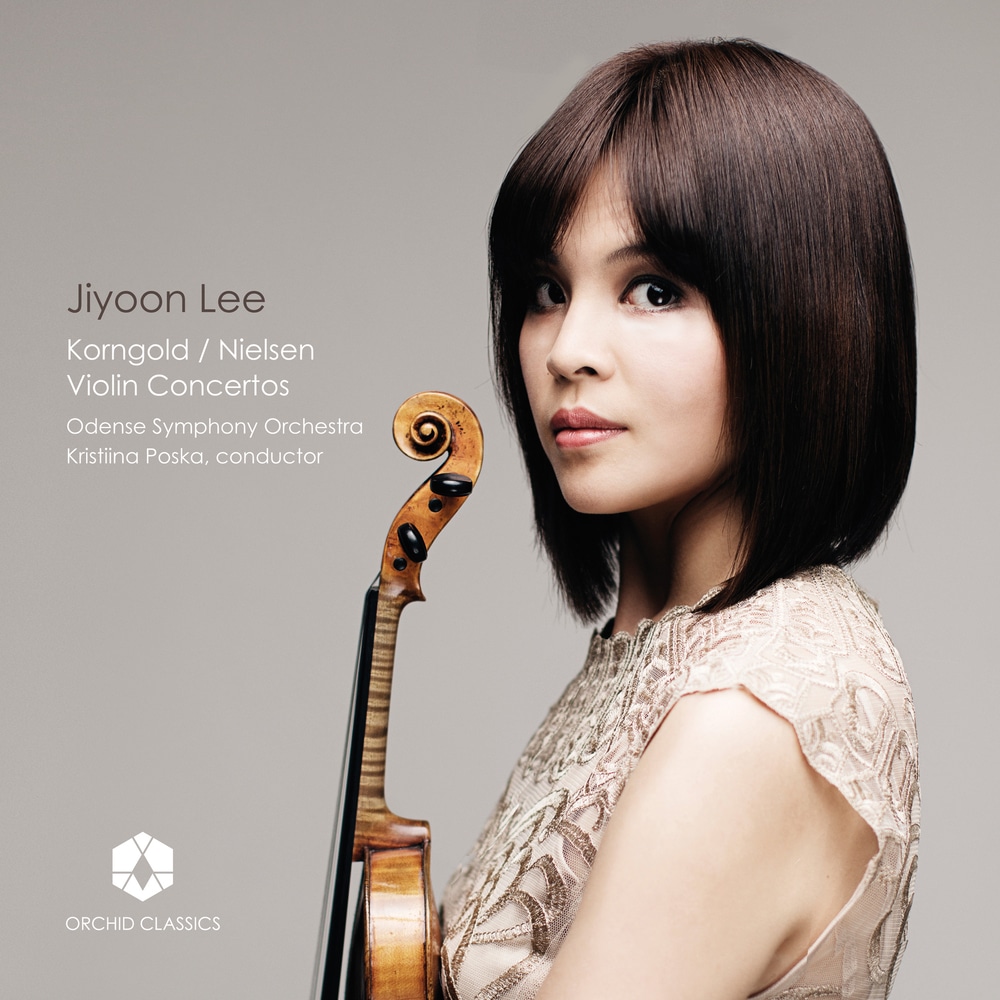 iyoon Lee was joint first prize winner of the 2016 Carl Nielsen International Violin Competition, with jury President Nikolaj Znaider exclaiming that ‘her playing was immediately a breath of fresh air…she is a terrific violinist and I can see her going very far…’ Such praise has marked Jiyoon out as a genuine talent to watch, already being engaged as soloist with the Swedish Chamber, Seoul Philharmonic and Philharmonia orchestras. This, her debut recording, brings the much loved violin concerto of Erich Korngold together with the lesser known, highly demanding work of Carl Nielsen. It was Jiyoon’s interpretation of the latter which led Znaider to continue ‘She has lightness in her playing and yet she is a musician who takes very seriously her craft.’ Jiyoon was born in 1992 in Seoul and began playing at the age of four. She studied at the Korean National University of Arts and at the Hochschule fur Musik Hanns Eisler in Berlin.
88.2 kHz / 24-bit PCM – Orchid Classics Studio Masters