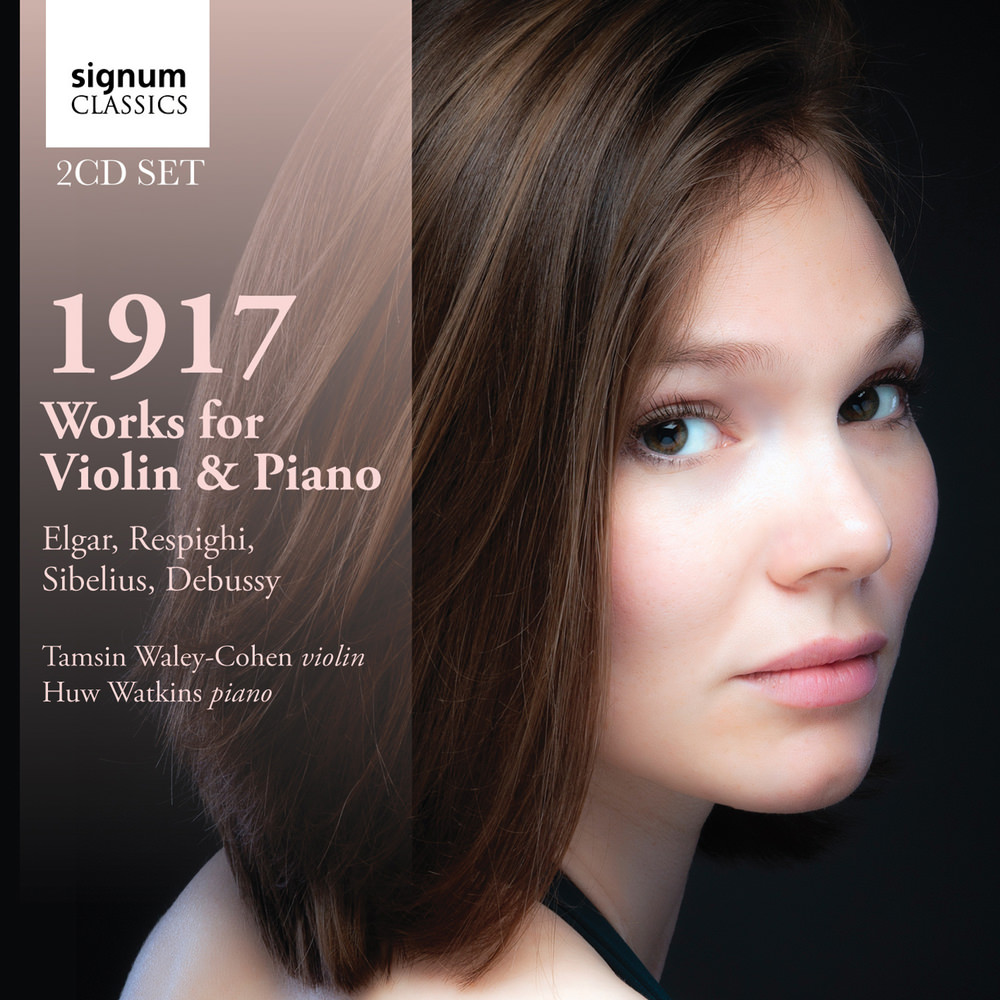 1917: Works for Violin & Piano by Debussy, Respighi, Sibelius and Elgar

Available in 44.1 kHz / 24-bit AIFF, FLAC audio formats
"The balance in St George’s is very good and the concept worthwhile. The performances are sensitive, characterful and present a strong point of view. I enjoyed them very much ..." - MusicWeb International "... superbly played by Huw Watkins ... Waley-Cohen plays with an obvious love of the music, most sympathetically accompanied by Watkins. Fine sound, with an excellent sense of presence and clean separation." - Gramophone Rising star violinist Tamsin Waley-Cohen is joined by eminent pianist and composer Huw Watkins in a diverse programme of works that were all influenced in different ways by the era in which they were composed. These four contrasting works were conceived at four very different points in the composers' lives, as the Great War drew to a close, but none of them specifically attempts to conjure up images of the conflict nor act as any kind of memorial to its victims. Rather, these works were all conceived as absolute music; in the case of the Elgar and Debussy sonatas they are imbued with a melancholy regret that may have been a reflection of those tragic four years.
44.1 kHz / 24-bit PCM – Signum Records Studio Masters