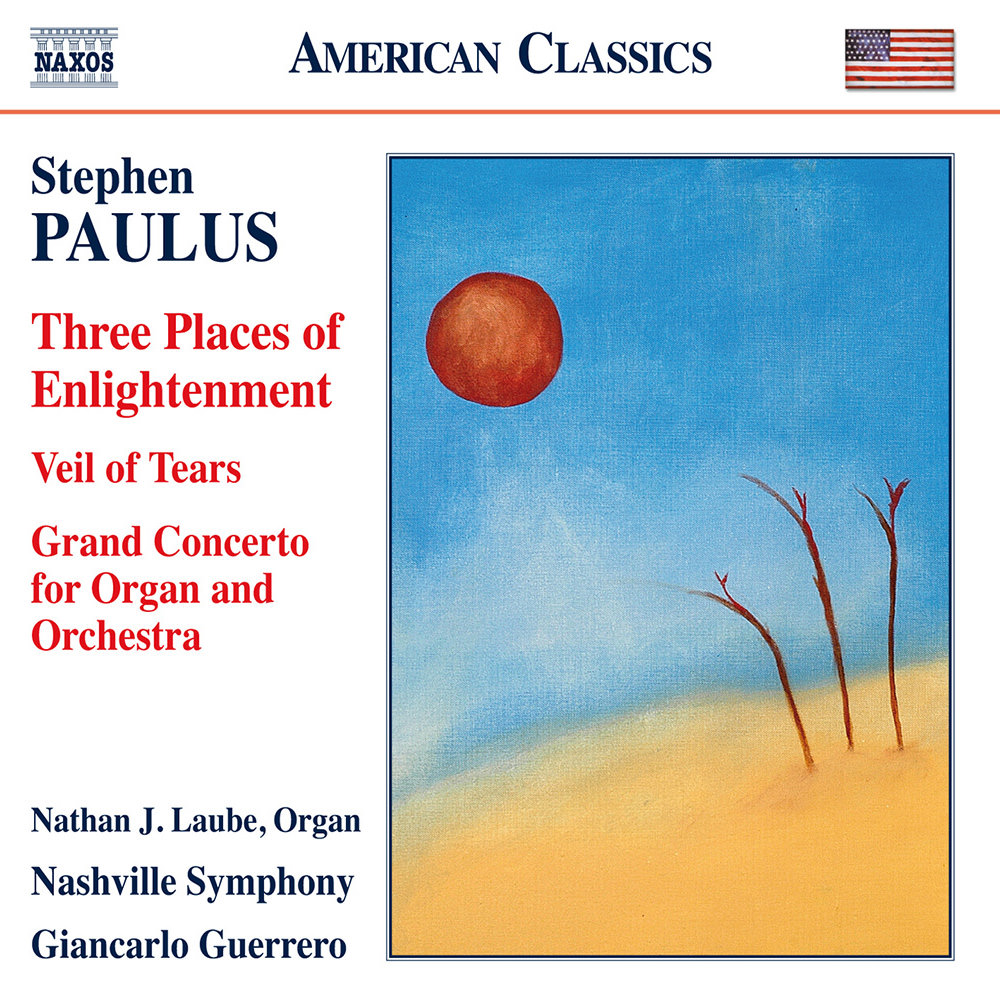 "... a fascinating listening experience ... enormously rewarding and enjoyable ... the recording is excellently balanced: organ concertos are notoriously tricky in this respect ... the alert, characterful playing of the Nashville orchestra under Guerrero comes over with total clarity ... a wonderful CD and one I would passionately commend to anyone searching for a modern composer who is neither bamboozlingly obscure nor patronizingly accessible."
- MusicWeb International

Describing himself as a composer who can satisfy all kinds, Stephen Paulus possesses a remarkable versatility and gift for the dramatic. Concertos for string quartet and orchestra are a rarity and his Three Places of Enlightenment is both a journey of discovery for the listener and a spectacular showcase for the principal strings of the Nashville Symphony Orchestra. Both this concerto and the reflective Veil of Tears are considered by the composer among his most significant works. Employing hymn fragments, the Grand Concerto which rounds out this Grammy-winning release is a work of sweeping gestures and melodies as well as wide contrasts of mood and texture.
96 kHz / 24-bit PCM – Naxos Studio Masters