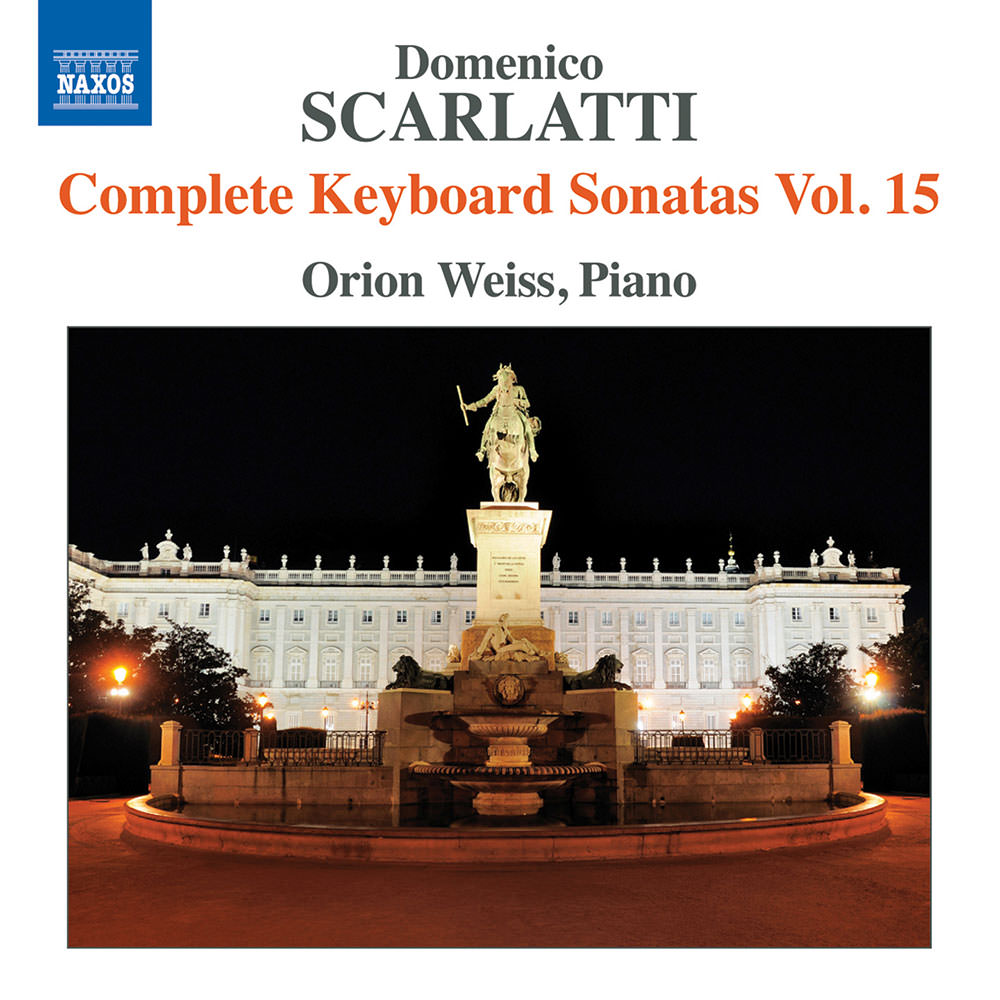 Available in 44.1 kHz / 24-bit AIFF, FLAC audio formats
While Alessandro Scarlatti was largely responsible for the early development of Neapolitan opera, his son Domenico is most famous for his extensive series of keyboard sonatas, of which some 555 survive. His employment at the Spanish court in Madrid led to a series of works largely designed for the Infanta, Maria Barbara, later to become Queen. These sonatas are among the most significant of all 18th century keyboard works. Pianist Orion Weiss, one of the most sought-after soloists of his generation, chose to organize and present the works on this 2014 release emotionally and musically, not chronologically, suggesting a narrative journey.
44.1 kHz / 24-bit PCM – Naxos Studio Masters