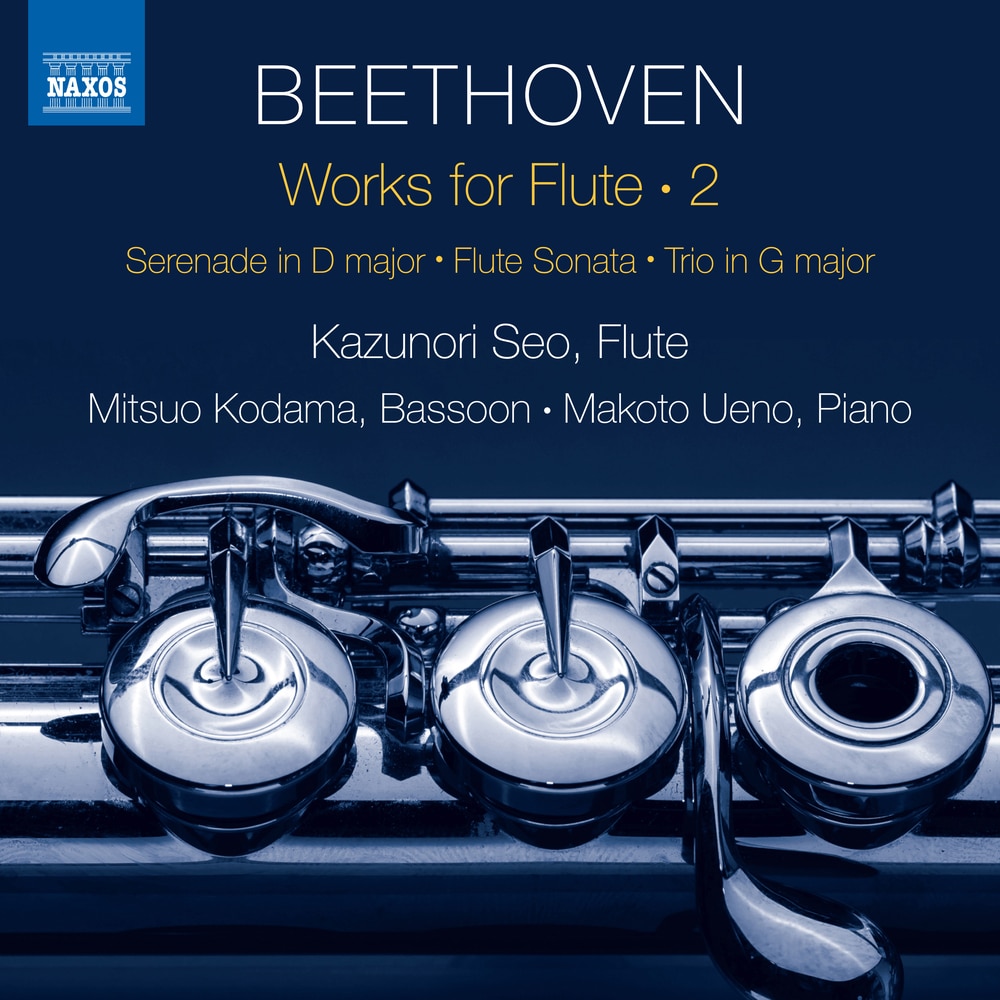 Available in 96 kHz / 24-bit AIFF, FLAC high resolution audio formats
Beethoven’s mastery in all genres extends to the sequence of music he wrote involving the flute. The Serenade in D major may have a somewhat convoluted history, but it illustrates the creative purposes to which Beethoven put traditional material and the inventive contrasts he embedded into this six-movement work. Both the Sonata in B flat major and the Trio in G major probably date from his years in Bonn. The former includes a lively Polacca and the latter ingeniously suggests the famous ‘Mannheim Rocket’. Flautist Kazunori Seo is a specialist of the late-Classical/early-Romantic period. Seo is paired with pianist Makoto Ueno in this release as well as in a previous release of works by Moscheles, which received an American Record Guide Critic’s Choice Award. Bassoonist Mitsuo Kodama also appeared in Volume 1 of this series, in which he and Seo performed Beethoven’s "Three Duets WoO 27".
96 kHz / 24-bit PCM – Naxos Studio Masters