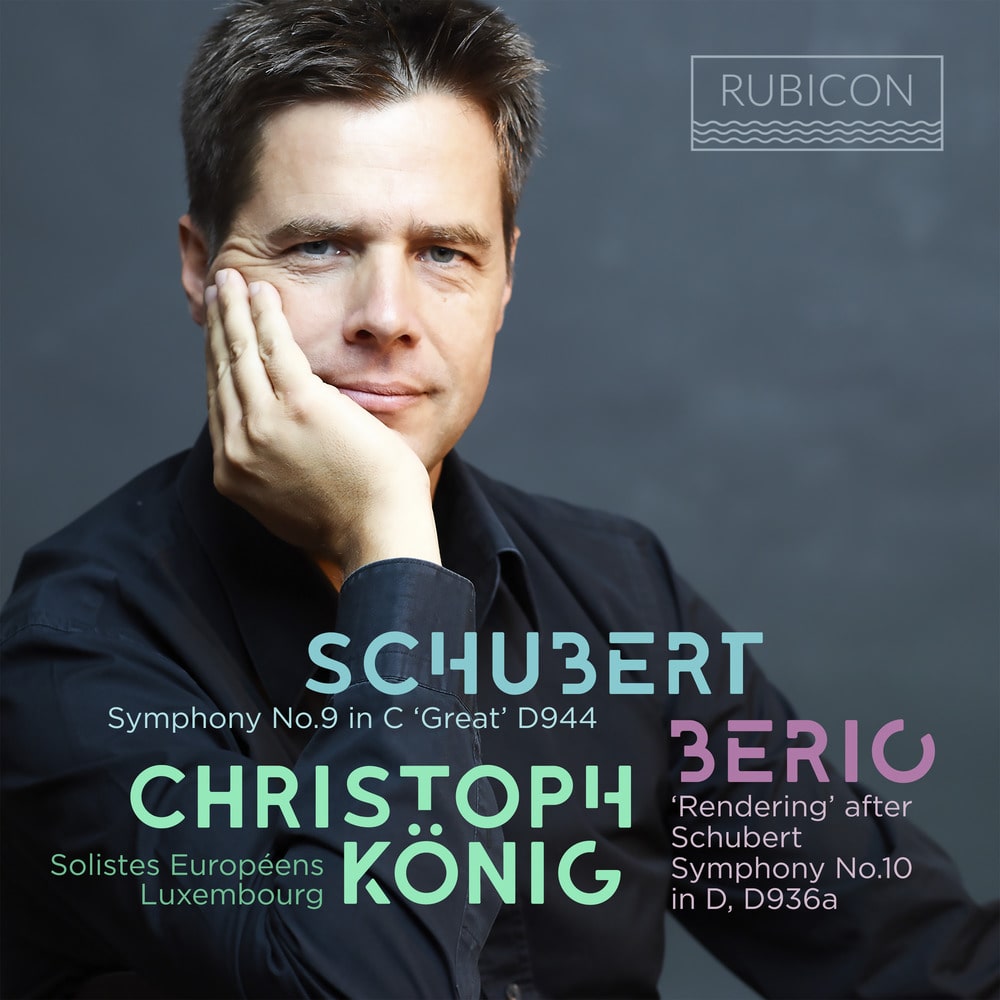 Just before his death in 1828 at the age of just 31, Franz Schubert was at work on his 10th Symphony in D major D936a, and had signed up for counterpoint lessons with Simon Sechter, who later taught the young Anton Bruckner. The 10th was destined to become yet another unfinished Schubert work, and his 6th unfinished symphony, but the extensive sketches are fascinating and show Schubert clearly moving into new sound worlds that aniticipate Mahler in the central slow movement. Berio's ingenious work 'Renderings' brings Schubert's extensive sketches alive by creating a new work around and within the framework of the unfinished symphony. Schubert's last completed symphony, his 9th known as the 'Great C major', was completed in 1825-6 and represented the end of a long struggle to produce a 'great symphony' – two unfinished works are its direct predecessors, the 7th in E major (1821) and the famous 8th 'Unfinished '(1822) , both works on an expansive scale. The 9th is remarkable for the rhythmic drive of tiny filigree motifs that multiply and climax, and as Schumann said, its 'heavenly length'. It was in 1839 Schumann came across the forgotten score in the possession of Schubert's brother Ferdinand. Mendelssohn conducted the 9th in Leipzig 11 years after Schubert's death to great acclaim, and it was published that year – becoming the seventh of Schubert's symphonies to appear in print, hence the confusion in numbering whereby in Germany it is known as No.7.
48 kHz / 24-bit PCM – Rubicon Classics Studio Masters