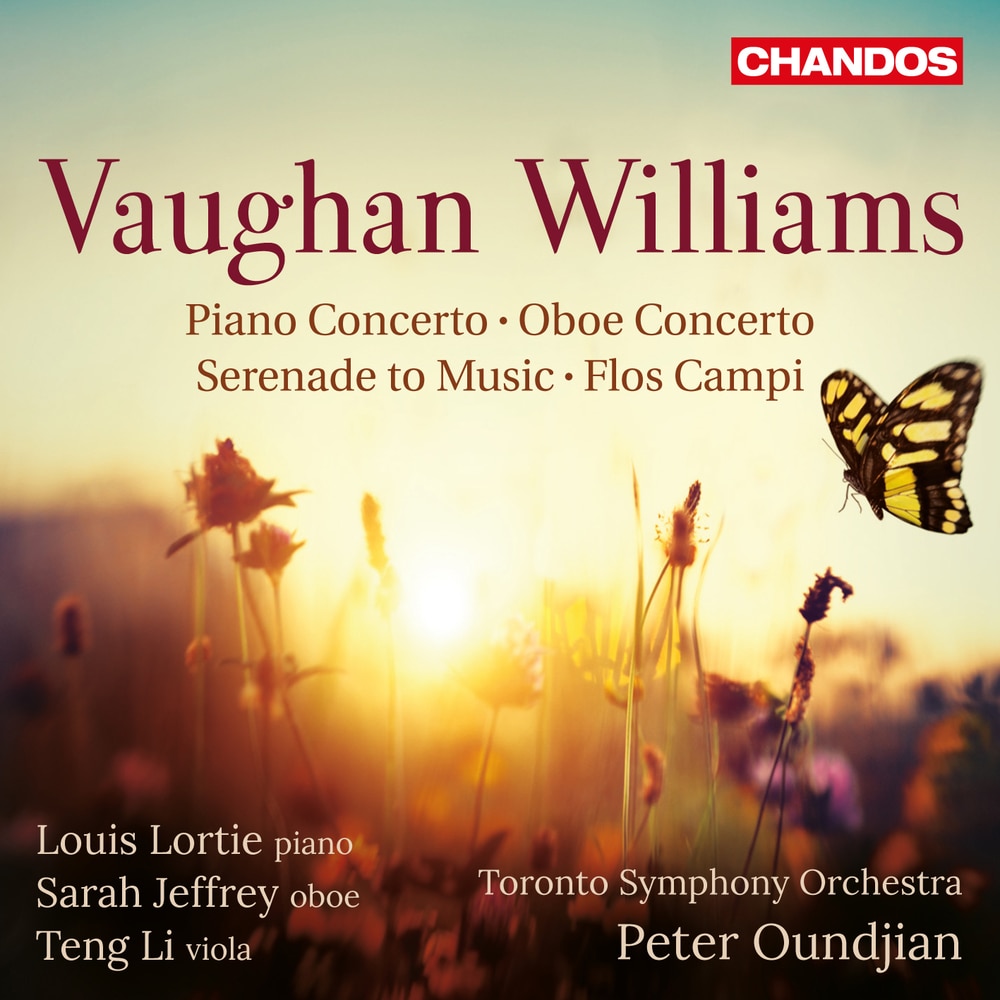 With this celebratory release completing his fourteen year tenure as Music Director of the TSO, Peter Oundjian conducts an exquisite Vaughan Williams programme, supported by an all-Canadian cast of star soloists.

In the programme notes of the concert preceding the recording, Oundjian declared: ‘Ralph Vaughan Williams was possibly England’s most significant composer, and he is a personal favourite of mine. This [recording] presents some of his finest works, featuring soloists from the Orchestra as well as some of Canada's most notable solo artists, and the Elmer Iseler Singers. The lyrical and engaging Oboe Concerto is rarely heard, but it is one of his most inspired works. Serenade to Music showcases his exquisite vocal writing, which also figures prominently in the ravishingly beautiful Flos Campi, so surprisingly scored for solo viola, choir, and chamber orchestra. The Piano Concerto is more dramatic, with a juggernaut opening and a brilliant fugal finale.’
96 kHz / 24-bit PCM – Chandos Studio Masters