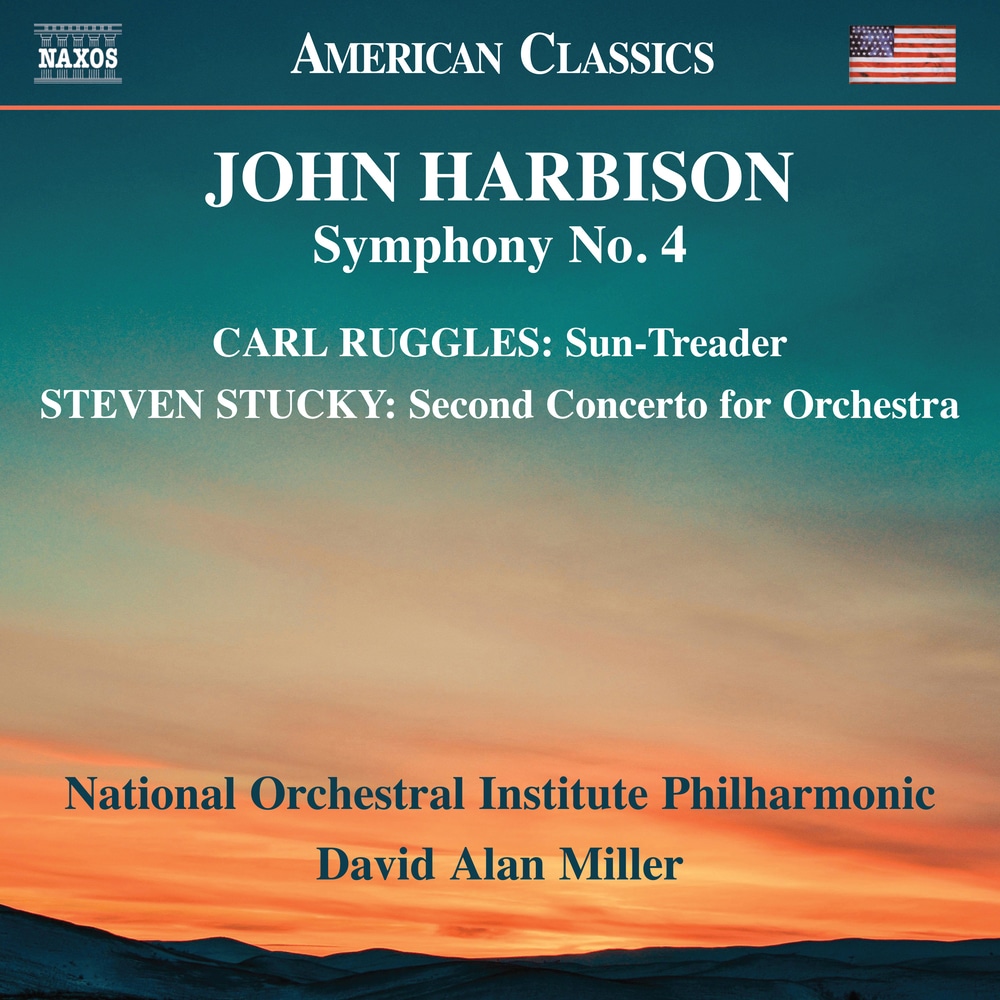 Available in 96 kHz / 24-bit AIFF, FLAC high resolution audio formats
Grammy Award nomination – Best Orchestral Performance, 2018 – David Alan Miller, conductor (National Orchestral Institute Philharmonic) "... This disc amounts to a major and highly recommendable achievement." - Gramophone This is the third recording in a multi-year partnership between the National Orchestral Institute Philharmonic and Naxos to release one album of American music each year. A study in dramatic contrasts, Carl Ruggles’ ‘Sun-Treader’ is an overwhelming, granite-hued tone poem by one of New England’s most original and uncompromising composers. Steven Stucky’s luminous Pulitzer Prize-winning ‘Second Concerto for Orchestra’ is a riveting exploration of sonority and sound-painting while John Harbison’s ‘Fourth Symphony’ is a big, bold, jazz-imbued work by one of America’s most important living symphonists. These three American orchestral masterpieces comprise a program that will impress and delight in equal measure. Grammy Award-winning conductor David Alan Miller has established a reputation as one of the leading American conductors of his generation. His work with the National Orchestral Institute Philharmonic has resulted in several critically-acclaimed recordings. “Conductor David Alan Miller’s tempos are broad, letting the music breathe and allowing the composer’s clear textures and melodic warmth to be fully revealed. The NOIP plays magnificently.” (Audiophile Audition)
96 kHz / 24-bit PCM – Naxos Studio Masters