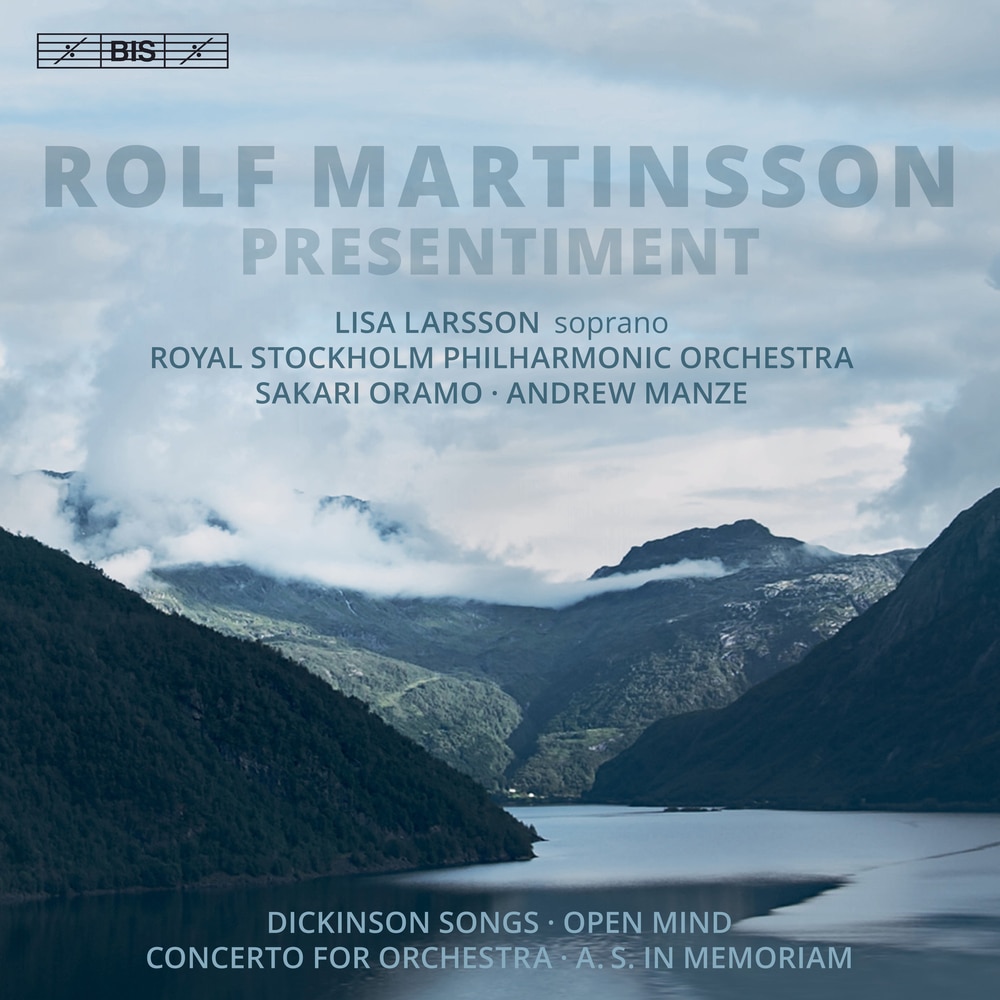 Available in 96 kHz / 24-bit AIFF, FLAC high resolution audio formats
One of Sweden’s leading composers, Rolf Martinsson had an international breakthrough with the trumpet concerto Bridge, composed for Håkan Hardenberger, who has also recorded it (BIS-1208). Martinsson has since gone on to compose soloistic works for performers including Martin Fröst, Anne Sofie von Otter and Christian Lindberg, and enjoys a particularly close collaboration with the soprano Lisa Larsson. The two started working together in 2011, devising a soprano version of Orchestral Songs on Poems by Emily Dickinson, and Lisa Larsson has since performed Martinsson’s music at more than a hundred concerts to date. A number of leading orchestras have commissioned works from Rolf Martinsson, including the Royal Stockholm Philharmonic Orchestra for which he composed his Concerto for Orchestra. In descriptions of Martinsson’s music, words such as ‘lush’, ‘colourful’ and ‘cinematic’ are often used – qualities which have proved attractive to a large audience, as well as to a number of eminent conductors. Sakari Oramo and Andrew Manze are among those who have championed works by Rolf Martinsson, in Sweden as well as internationally.
96 kHz / 24-bit PCM – BIS Studio Masters