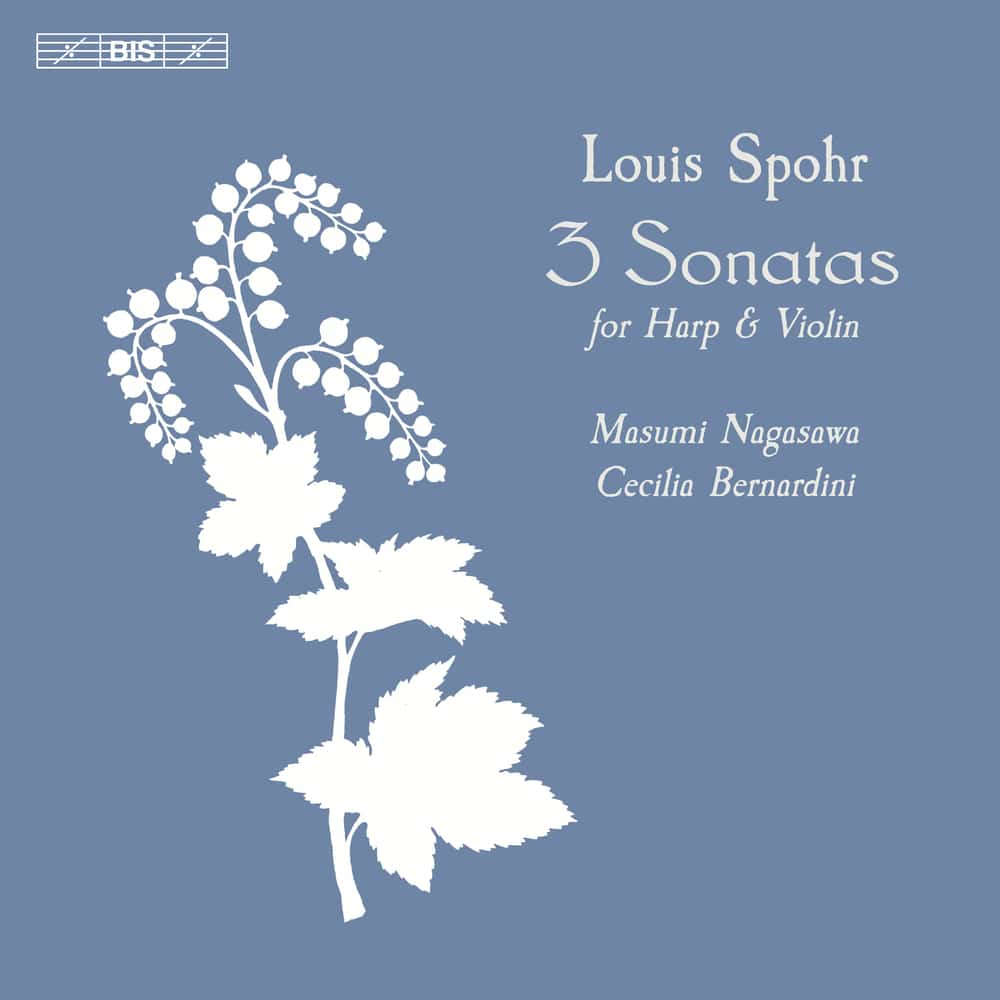 Available in 96 kHz / 24-bit AIFF, FLAC high resolution audio formats
In 1805, on the basis of his brilliant yet expressive playing, the 21-year-old Louis Spohr was appointed Konzertmeister at the ducal court in Gotha. By this time he had also begun to make his mark as a composer, and during his years at the court he would add several pieces for the harp to his list of works, inspired by the young harpist Dorette Scheidler. Spohr later recalled his reaction to her playing: ‘I was so deeply moved that I could scarce restrain my tears... I took my leave – but my heart remained behind!’ Only months later, the two were in fact married and Spohr began to compose works which would form the repertoire during future concert tours. Dorette Spohr played a so-called single-action pedal harp of a similar type to the instrument used on this album. Soon to be replaced by the double-action pedal system, the single-action pedal harp was best suited for playing in flat keys. As Spohr preferred writing his violin parts in sharp keys, which allowed the resonance of the open strings, he adopted the method of tuning the harp a semitone lower, which had the added benefit of reducing the tension on the strings. The Sonatas Opp 113-115, in D and G major, therefore have harp parts notated in E flat and A flat major respectively. Because of its delicate construction and stringing, the single-action harp has a distinct silvery bell-like sound and these sonatas are among the last important works specifically written for it. They are also the most demanding, but it is clear that Spohr intended them to display not only the technical skill of the two artists but also their musical expressiveness. The performers here are Masumi Nagasawa and Cecilia Bernardini, who have made a particular study of Spohr's writings on performance practice.
96 kHz / 24-bit PCM – BIS Studio Masters