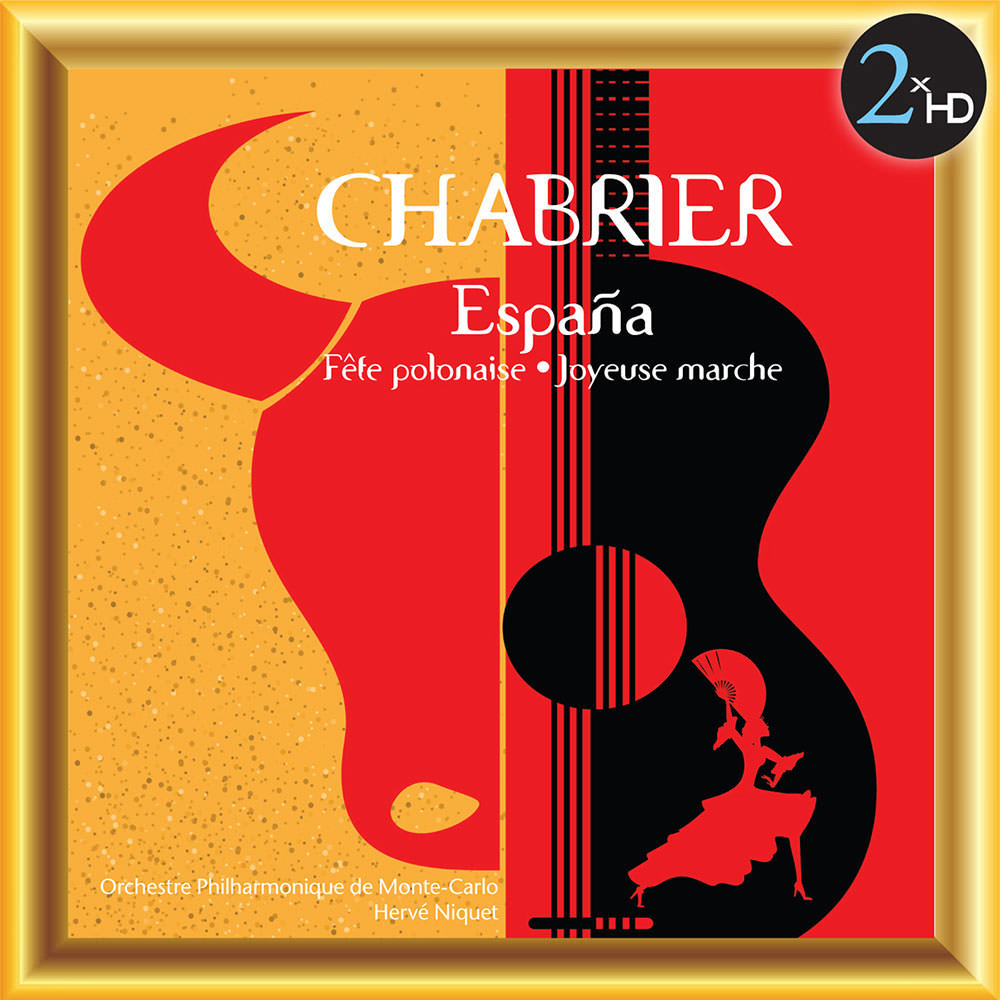 "Conductor Hervé Niquet and his orchestra know this music well and play it with real affection, style and sparkle. Right from the opening bars of España you can tell this is going to be a delightful recording: perfect tempo, excellent orchestral balances and rhythmic swagger that spells confidence without a hint of bombast."
- ClassicsToday.com

Inspired by a trip to Spain, Chabrier composed the Romantic period classic España which Mahler, a big fan, called "the origin of modern music." Conductor Hervé Niquet has been praised for evoking an exuberant, colourful performance from the Monte-Carlo Philharmonic Orchestra on this 1999 release, which includes the rarely recorded, very beautiful Lamento for English horn and orchestra.
44.1 kHz / 24-bit PCM – 2xHD Studio Masters