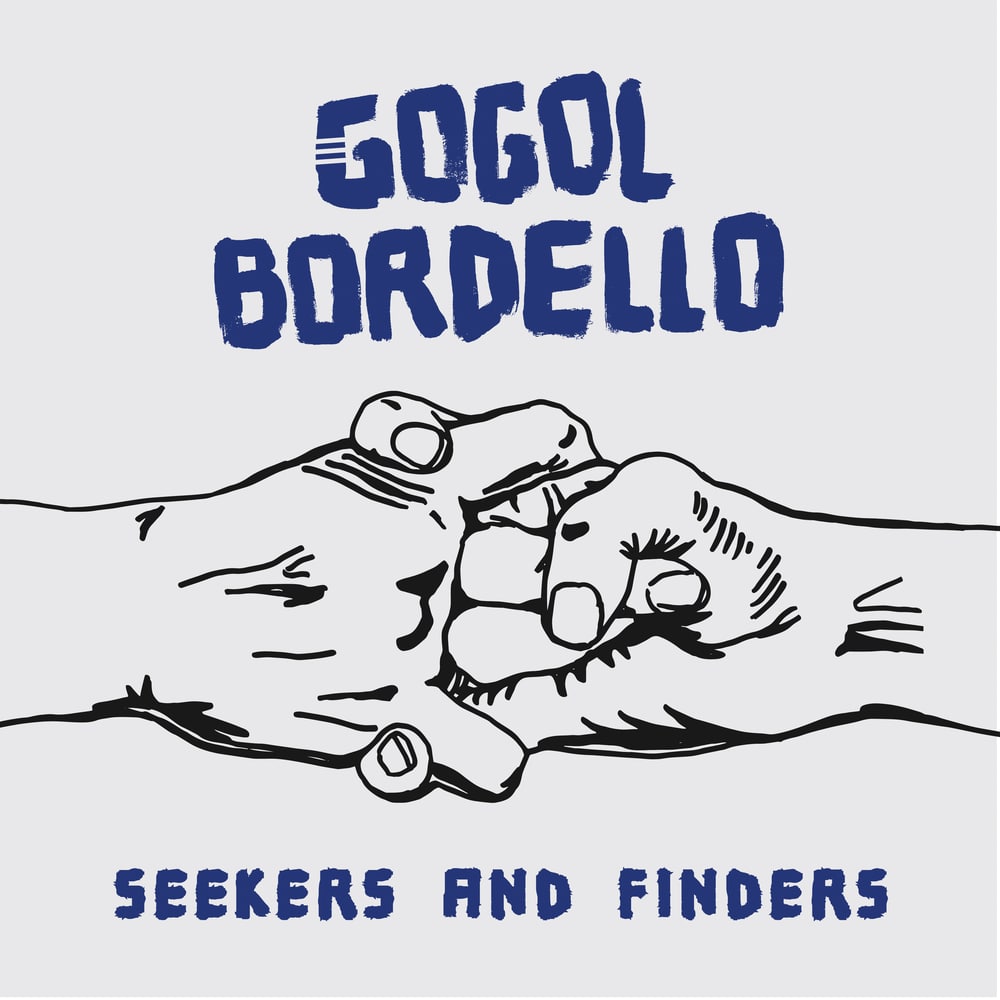 Available in 44.1 kHz / 24-bit AIFF, FLAC audio formats
Gogol Bordello formed in New York in 1999, injecting Eastern European musical influences into underground rock to forge their distinctive “gypsy punk” sound. In keeping with the band’s roots, the title track “Seekers and Finders” pairs Hütz with another genre-bending NYC artist who started her career at the turn of the 21st century: Russian-born singer-songwriter – and longtime friend – Regina Spektor. “It’s the duet of the wandering Jew and the roaming gypsy by the campfire, which we represent most perfectly.” Seekers and Finders also marks another return, as Hütz resumes production duties after entrusting them to outside producers including Rick Rubin (Transcontinental Hustle, 2010) and Andrew Scheps (Pura Vida Conspiracy, 2013). “Our path has blessed us with those grandmasters, but I’ve always had a strong D.I.Y. ethic and knew eventually I wanted to get behind the wheel myself! It was like being a matador facing the beast of Gogol’s collective creativity.” Thus Seekers and Finders comes from a very wide and magical playground, a playground where people are still explorers who climb trees and walls across the world to seduce the hero of their heart… The playground where you get to see all sides of Gogol Bordellos path: The Good… the Bad… and the Snugly.
44.1 kHz / 24-bit PCM – Cooking Vinyl Studio Masters