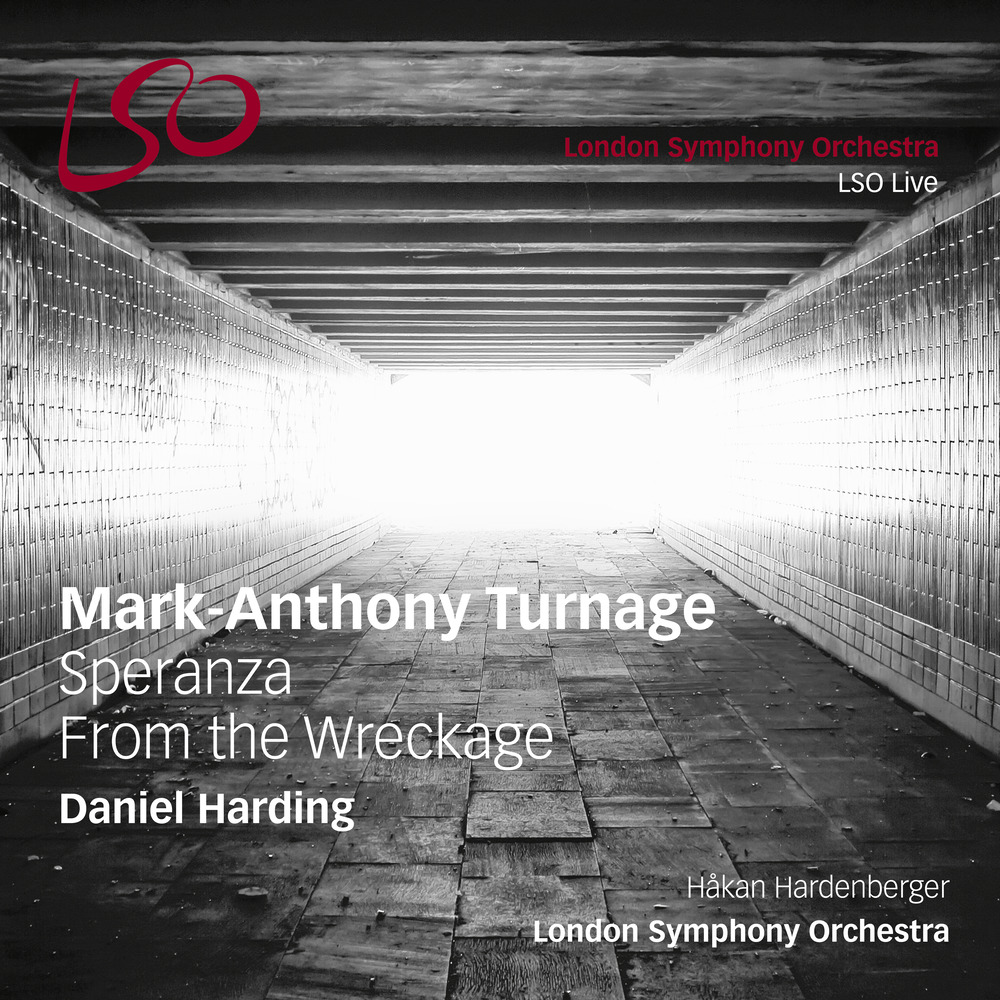 Turnage: Speranza & From the Wreckage

LSO Live presents the world premiere recording of Mark-Anthony Turnage's large-scale orchestral work Speranza ('Hope'), a piece commissioned by the LSO as part of Turnage's residency with the orchestra in early 2013. Turnage is one of the most admired composers of his generation, and has long been associated with the London Symphony Orchestra. Daniel Harding appears in his conducting debut for LSO Live.
96 kHz / 24-bit PCM – Lso Live Studio Masters