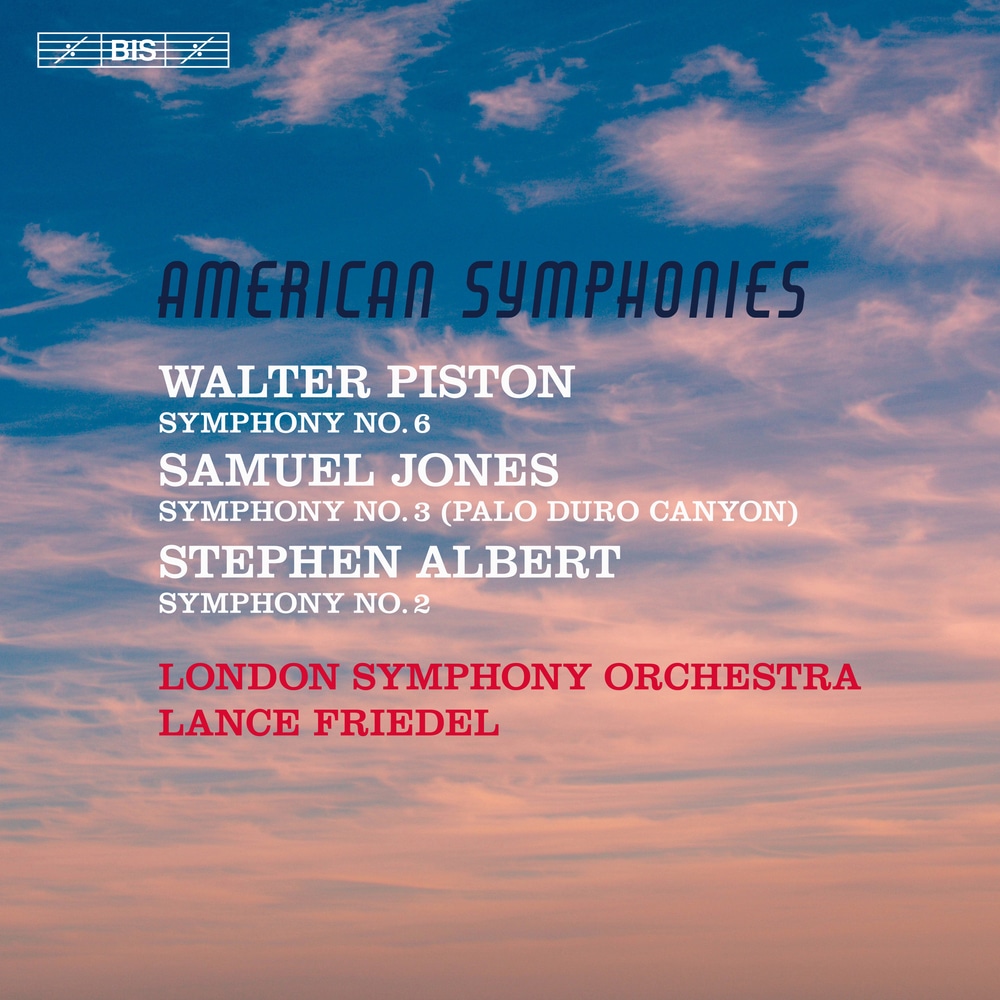 Available in 96 kHz / 24-bit AIFF, FLAC high resolution audio formats
When American composers began writing symphonies around the mid-1800s, their works were very much in the European tradition. During the first half of the 20th century, the great innovator Charles Ives injected a recognizably American sound into the genre, however, and since then the American symphonic legacy has been both wide and varied. With the present disc, conductor Lance Friedel strikes a blow for three fellow American composers, with the help of the eminent London Symphony Orchestra. The disc opens with Walter Piston’s Symphony No. 6. It was completed in 1955, by which time many regarded Piston (1894–1976) as clinging to tradition in the face of modernism. When Samuel Jones (b. 1935) presented his Third Symphony ‘Palo Duro Canyon’ in 1992, the pendulum was swinging back, however, and traditional music built of melody, harmony and rhythm was no longer considered hopelessly outdated. The work nevertheless begins in a rather non-traditional fashion with the recorded sound of the wind of the Texas plains, where the Palo Duro Canyon is situated. Jones’s slightly younger colleague Stephen Albert (1941–92) was just completing his Second Symphony when he was killed in a car accident. The work had been commissioned by the New York Philharmonic, and the orchestration of it was completed by Albert’s colleague and friend Sebastian Currier.
96 kHz / 24-bit PCM – BIS Studio Masters