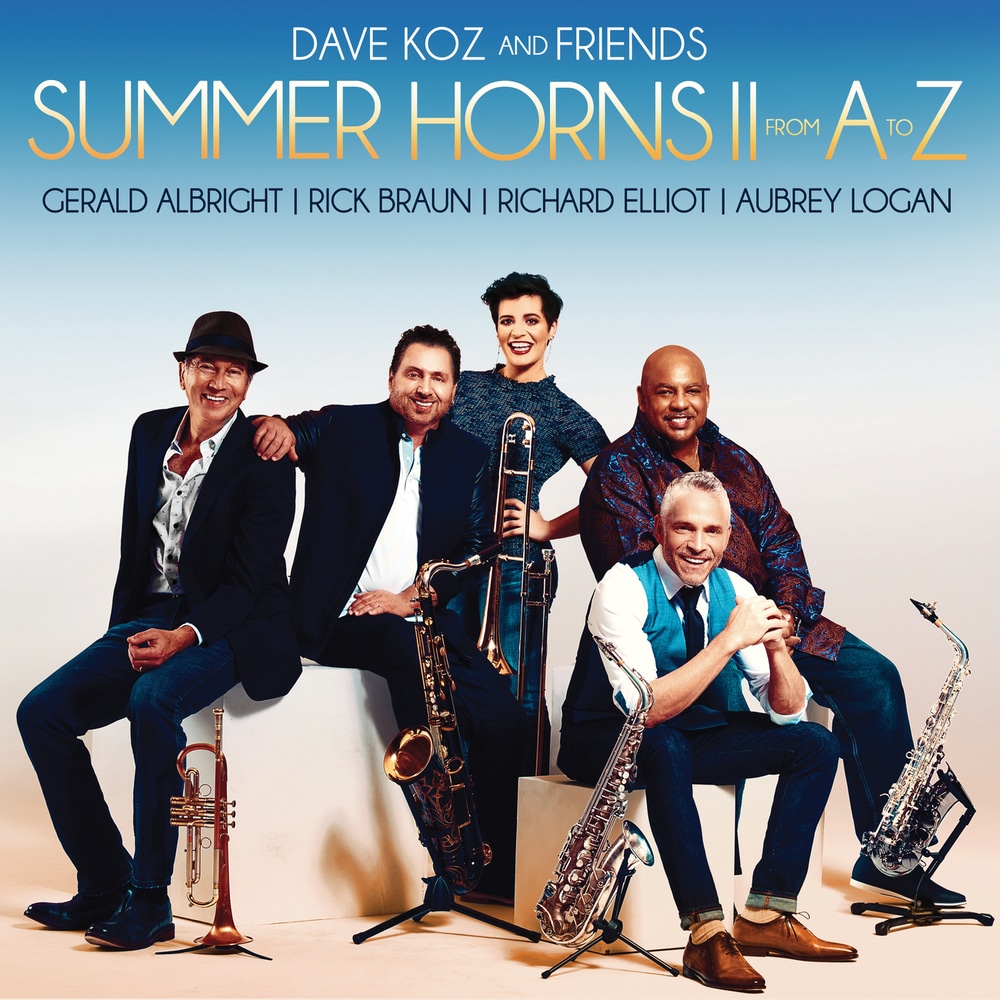 Summer Horns II From A To Z

Available in 44.1 kHz / 24-bit AIFF, FLAC audio formats
Summer Horns II From A To Z is a stunning set of 11 more timeless tunes reimagined by Dave Koz (soprano, alto, tenor and baritone saxes), joined by alto saxophonist Gerald Albright and tenor saxophonist Richard Elliot—both returnees from the earlier session—with new additions Rick Braun (trumpet) and Aubrey Logan (trombone and vocals). A crew of ace rhythm players collaborates with the Summer Horns lineup along with a who’s who of arrangers: Tom Scott (who’s worked with everyone from Frank Sinatra to Aretha Franklin to Steely Dan), Greg Adams (best known for Tower of Power, but also Santana and Elton John) and GRAMMY-winning arranger Gordon Goodwin. Braun, himself a legend of contemporary jazz, produced the album, with co-production by Koz. "With this music, the fans know every song, and the musicians leave their egos at the door and show up with a commitment to the band. We know that this is not a replacement for our solo careers, that we will resume them eventually, so it’s not like we’re saying bye-bye to that. But people see all the star power on stage—where everybody could do a two-hour show on their own—the five of us with an incredible band, and it’s an event. Then we get addicted to the response from the fans! That’s why we did it again.” - Dave Koz
44.1 kHz / 24-bit PCM – Concord Records, Inc. (UMG Account) Studio Masters