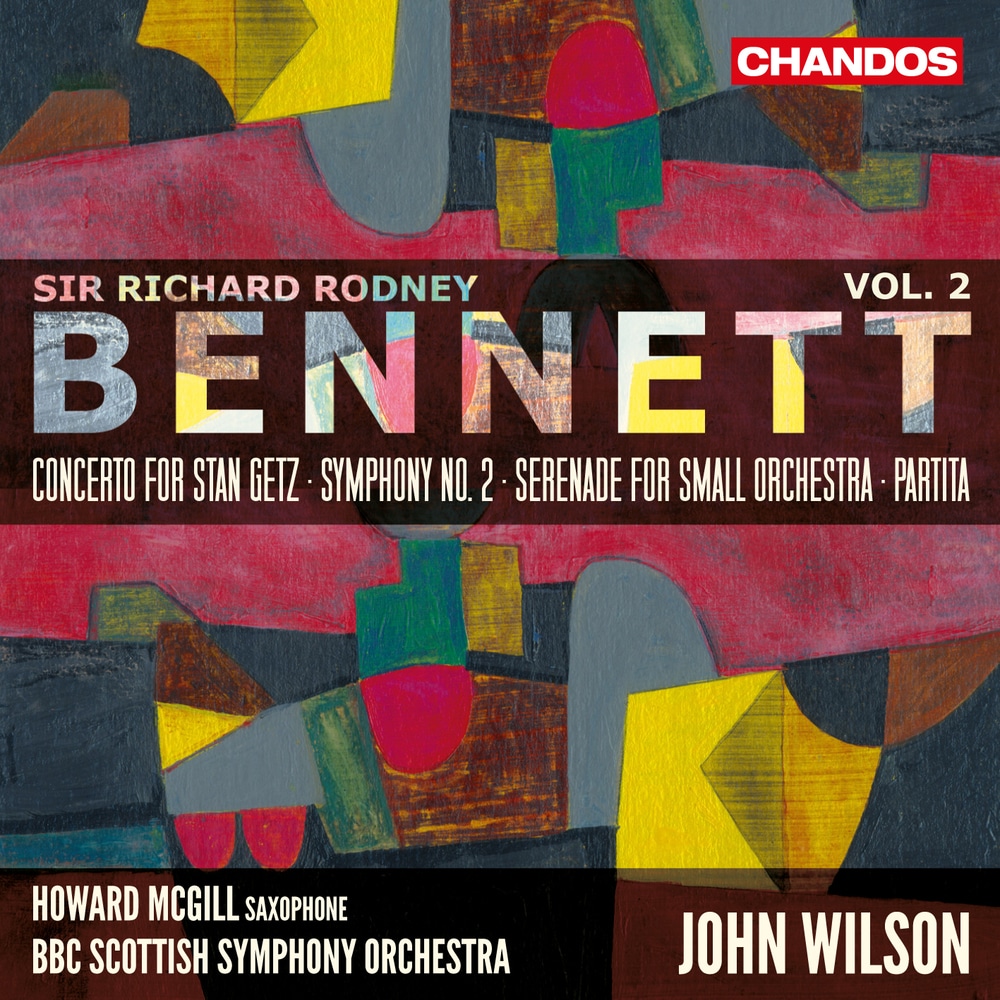 The recent partnership of John Wilson and BBC SSO on record reaches this second volume in their invigorating exploration of fascinating orchestral works by Sir Richard Rodney Bennett. Less well known than his widely famous film music (Murder on the Orient Express, Four Weddings and a Funeral, etc.), the orchestral works featured here display the versatility with which Bennett contradicted the dogma of musical modernism at the time of their creation (60s-70s), as well as an evolution of his compositional style towards a musical language that spoke to audiences everywhere in the world. From the glittering Symphony No. 2 – generating subtle yet engaging musical contrasts on a large scale – to the jazzy Concerto for Stan Getz – featuring the saxophonist Howard McGill who has established himself as one of the greats of London’s jazz scene – this album features works that break down the false walls between two musical worlds and will appeal to anyone willing to explore, discover, or simply enjoy great music.
96 kHz / 24-bit PCM – Chandos Studio Masters