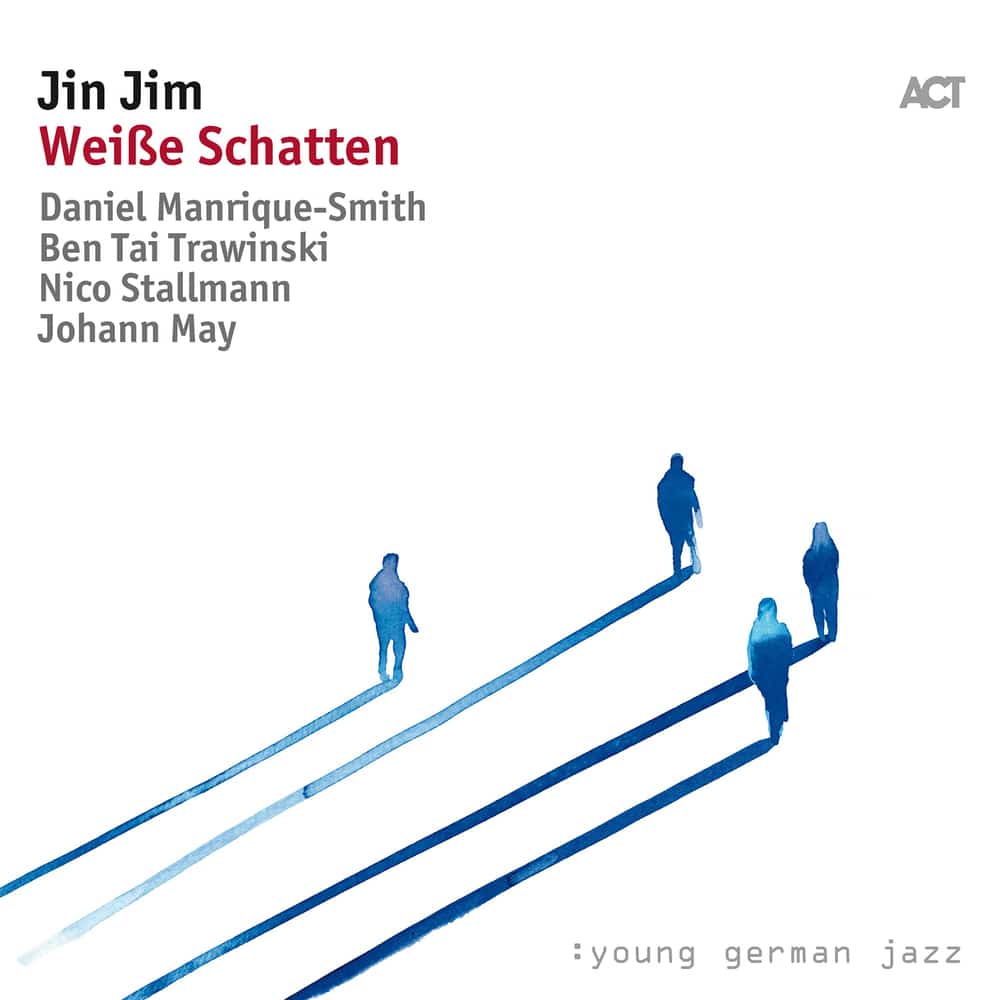 Available in 48 kHz / 24-bit AIFF, FLAC audio formats
"Vertical lift-off" was how broadcaster NDR described Jin Jim’s rise on the German jazz scene. These words are justified, if one considers the relatively short backstory which now culminates in their ACT debut album Weiße Schatten (White Shadows). This was what brought Jin Jim to the attention of the “Young German Jazz” series, ACT’s initiative dedicated to developing the talent of outstanding young German musicians and turning it into success. Meanwhile in 2016, Jin Jim set off on their first major tours with the support of Germany’s international cultural organization the Goethe Institut. They first travelled in Peru, the country of Daniel Manrique-Smith’s birth, and in the autumn toured in five countries in Africa. By 2017 their moment had come. “We were lucky enough to be in the right place at the right time,” says Manrique-Smith. That ‘right place’ was the Jazz Baltica Festival where the four performed on the main stage. “We got standing ovations. I had goose bumps for the next three days.” And among that ecstatic audience was Siggi Loch of ACT – who signed Jin Jim under contract to the label. In February 2018 they went into the studio to record Weiße Schatten. Jin Jim showed once again how refined and individual their sound is. It is indeed rare for a young band to emerge which is quite so unified.
48 kHz / 24-bit PCM – ACT Music and Vision Studio Masters