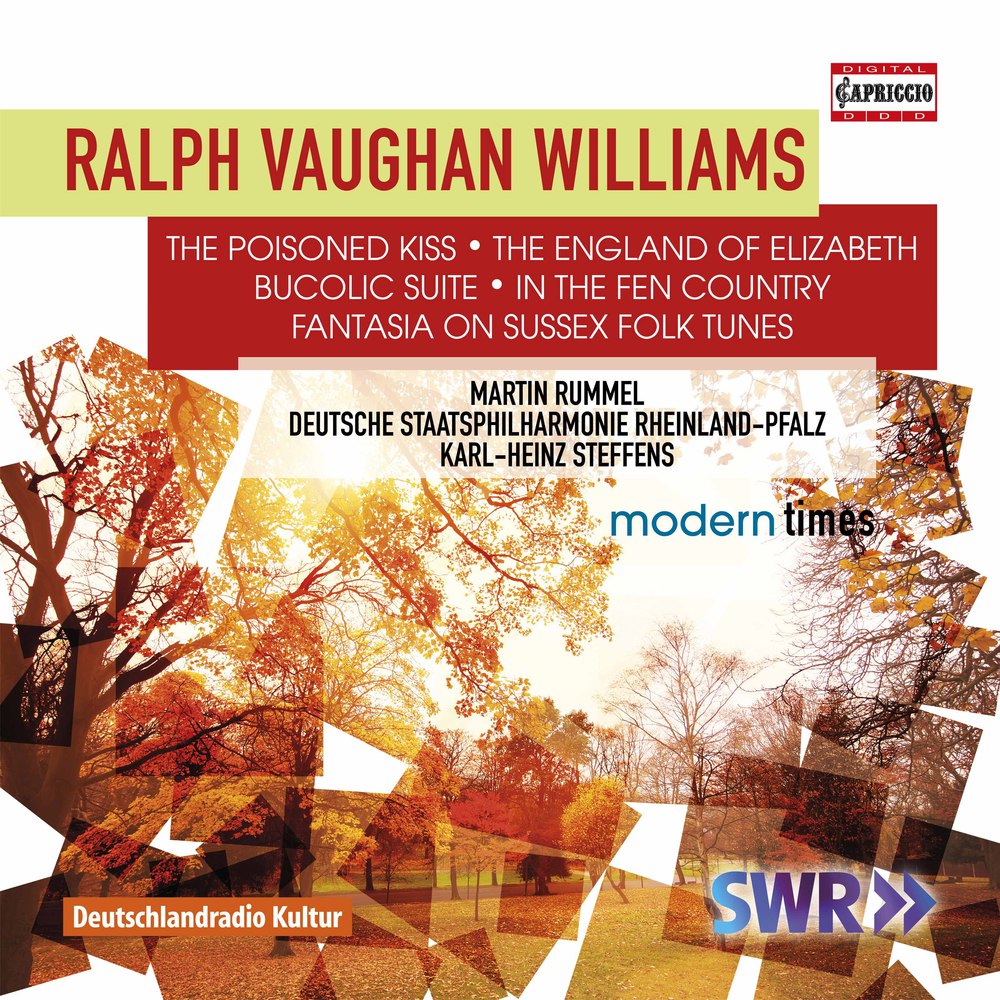 “…Overall, then, this is a highly appealing disc. It works well as a sequence, and is well suited for use both as a Vaughan Williams primer and as a potential gap-filler for a collector who already knows, say, the symphonies, the Tallis Fantasia, Dives and Lazarus and some of the concertos. Above all it conveys, in sometimes miniature form, many of the hallmarks of Vaughan Williams’s greatness: his creative rootedness in English folk music, the individuality of his own voice, his melodic gifts and, not least, his superlative command of orchestral colour. Warmly welcomed and recommended.”
- Nigel Harris (MusicWeb-International.com)

Together with his friend Holst, at the beginning of the 20th century Ralph Vaughan Williams deliberately took the course of liberating himself from ''German influence'', as they called it, working for original British music. He found models and inspiration in original English folk music. Most of the works recorded here rank among the less known pieces by the composer, but all of them very clearly reflect the personal hue, the absolutely ''personal style'' of Ralph Vaughan Williams.
48 kHz / 24-bit PCM – CapriccioNR Studio Masters