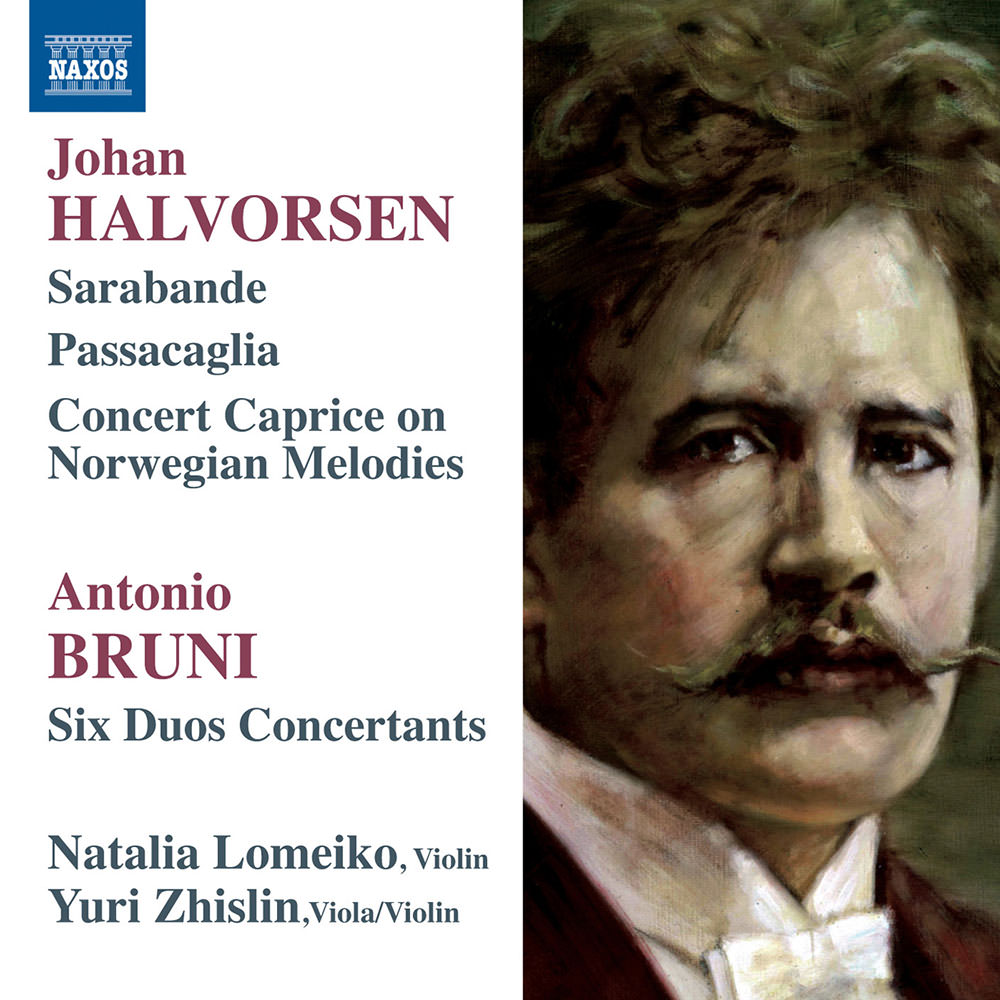 Available in 44.1 kHz / 24-bit AIFF, FLAC audio formats
"... their approach to even the most straightforward variations combines flexibility and playfulness, with the concluding variation fusing brilliance with pounding rhythmic insistence. Lomeiko and Zhislin produce sweetly homogeneous textures ... their ensemble retains its sense of unanimity throughout even the greatest difficulties. Naxos’s lively recorded sound presents both instrumentalists in balanced fidelity to ensure warmth in addition to clarity. Enthusiastically recommended ..." - Fanfare Johan Halvorsen was one of the leading figures in Norwegian music during his lifetime. His folk-inspired Concert Caprice on Norwegian Melodies evokes the natural world while his Passacaglia and Sarabande echo the sophisticated world of the Baroque. Virtuoso violinist Antonio Bruni thrived in Paris despite the French Revolution and his Duos Concertants are underrated gems of the repertoire. The husband and wife musicians, violinist Natalia Lomeiko and violist Yuri Zhislin, have been acclaimed for their technically flawless performances.
44.1 kHz / 24-bit PCM – Naxos Studio Masters