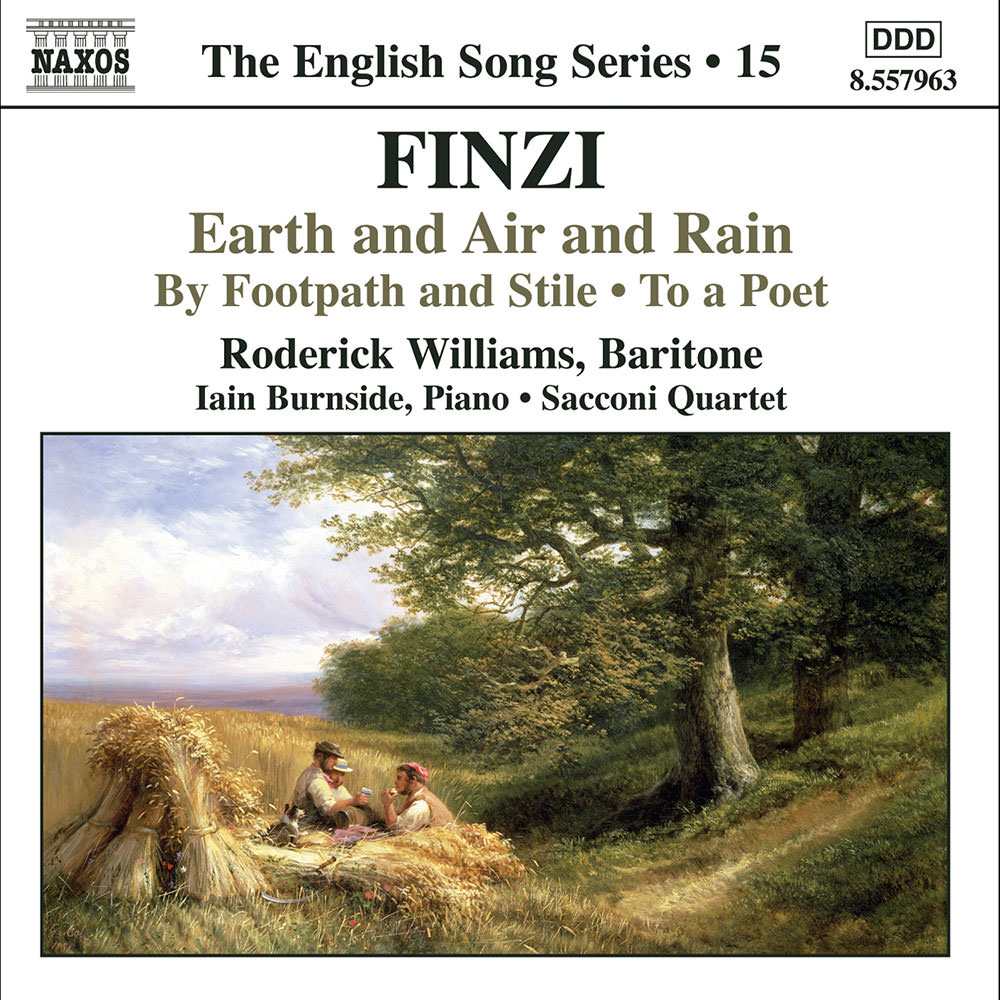 Finzi: Earth and Air and Rain - By Footpath and Stile - To A Poet

Available in 44.1 kHz / 24-bit AIFF, FLAC audio formats
"Williams supplies the colours and contrasts necessary for what is akin to an operatic recitative ... Burnside joins in 'the fury and magnificence,' as Finzi put it. The recording is excellent." - International Record Review “... (Williams) is an intensely musical singer, acutely responsive to the sound and meaning of words ... the melodic and emotional unfolding is sustained beautifully ... pianist Burnside is just about ideal as a musical partner, his playing full of vitality and wistful tenderness.” - BBC Music Magazine Gerald Finzi made an unrivalled contribution to British 20th century songwriting, especially in his settings of Thomas Hardy, his favourite poet. This second volume of Finzi songs includes two Hardy collections, the early By Footpath and Stile for baritone and string quartet and the mature setting Earth and Air and Rain, both of which share the poet’s preoccupation with death and the transience of life. Composed during the early 1930s, Earth and Air and Rain includes two of Finzi’s best known songs, Rollicum-Rorum and To Lizbie Browne, a touching poem of regret for what might have been.
44.1 kHz / 24-bit PCM – Naxos Studio Masters