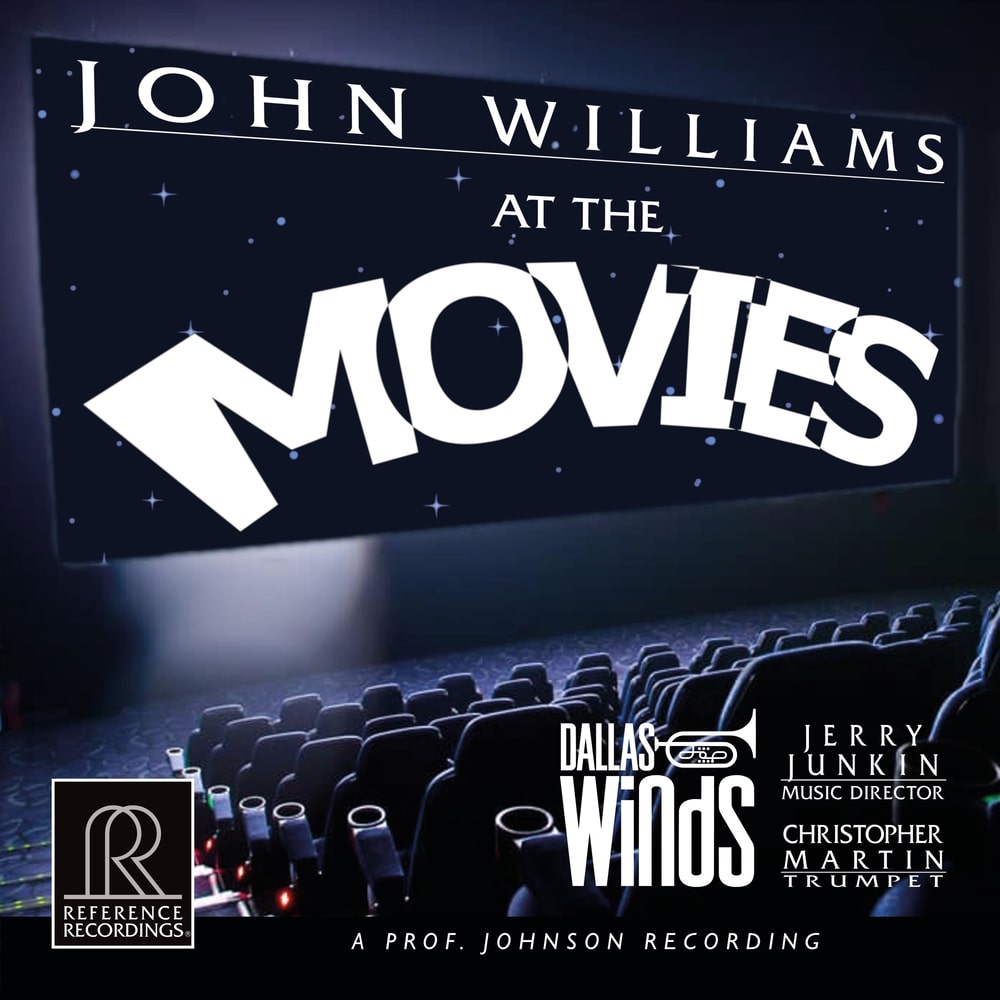 John Williams at the Movies

Available in 176.4 kHz / 24-bit, 88.2 kHz / 24-bit AIFF, FLAC high resolution audio formats
Grammy Award nomination – Best Engineered Album, Classicall, 2018 – Keith O. Johnson & Sean Royce Martin, engineers; Keith O. Johnson, mastering engineer Grammy Award nomination – Best Classical Compendium, 2018 – Jerry Junkin, conductor; Donald J. McKinney, producer "As with all composers of quality, Williams knows and draws on the music of his antecedents, yet still manages to find his own, unmistakable ‘voice’. The band respond with startling clarity and noble mien, and the wide, deep soundstage adds to the sense of occasion. The recording, like the performance, is focused on the music, and that’s precisely what I’ve come to expect from this source... It helps that Junkin is so proportionate in everything he does here. … Quietly sensational; a must for movie fans and audiophiles alike.” - MusicWeb International John Williams is a game changer. Early in his career he crossed the lines between music that was “art” and music that was “commercial,” and never looked back. He is one of the best known, most awarded and most successful composers in US history, and his name is inextricably connected to outstanding music for films. He has written scores for over 100 films, and his massive list of awards includes 51 Academy Award nominations and five wins, as well as 24 GRAMMY® awards. A less­-known fact is his fondness for writing, arranging and conducting wind band music. This collection of his film music includes favorites from Star Wars, Superman, JFK, ET and many more, arranged for concert performance by top­-level wind ensemble. Brilliant performances by the Dallas Winds, have been captured in spectacular audiophile sound by Reference Recordings’ own award­-winning engineering team: Keith O. Johnson and Sean Royce Martin. John Williams At The Movies features soloist Christopher Martin, principal trumpet of the New York Philharmonic. The recording was made in Dallas Texas, in the Morton H. Meyerson Symphony Center, one of the world’s greatest concert halls, and the site of an annual Dallas Winds concert featuring the film music of John Williams.
176.4 kHz / 24-bit, 88.2 kHz / 24-bit PCM – Reference Recordings Studio Masters