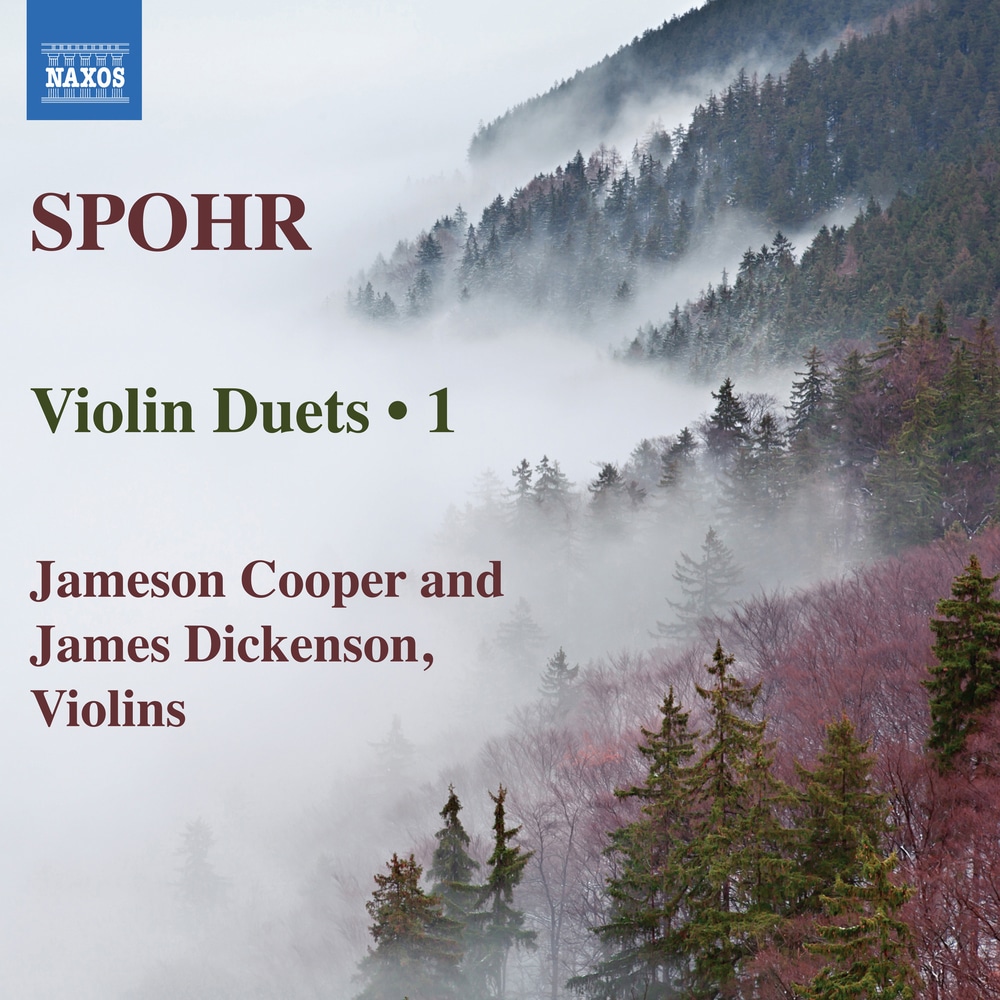 Available in 88.2 kHz / 24-bit AIFF, FLAC high resolution audio formats
One of the giants of music-making in the 19th century, Louis Spohr excelled as a composer, violin virtuoso, conductor and teacher. His concertos for the violin demonstrate a Romantic temperament framed in a Classical style, but he was equally adept in smaller forms. The ‘Duets for Two Violins, Op. 67’ reveal a perfect sense of architecture, the two instruments frequently exchanging roles, as well as a majestic command of melody. The ‘Duet, WoO 21,’ written when Spohr was just 12 years old, is one of his earliest surviving compositions. The multi-faceted performer and teacher, Jameson Cooper, was born in Sheffield, England. He studied at the Royal Northern College of Music, at the Aspen Music Festival with Dorothy DeLay and Masao Kawasaki, and later with Roland and Almita Vamos. He holds master’s degrees in violin performance and in orchestral conducting from Kent State University. As a founding member of the Euclid Quartet, Cooper has won numerous prizes and performed to high acclaim throughout the US. James Dickinson studied both in the UK and the US. After graduating from the Royal Northern College of Music, Dickenson left the UK to lead the Degas Quartet in the US. With this quartet, Dickenson gave concerts all over the US, in Carnegie Hall and at the Aspen Music Festival, and held various residencies in over ten universities.
88.2 kHz / 24-bit PCM – Naxos Studio Masters