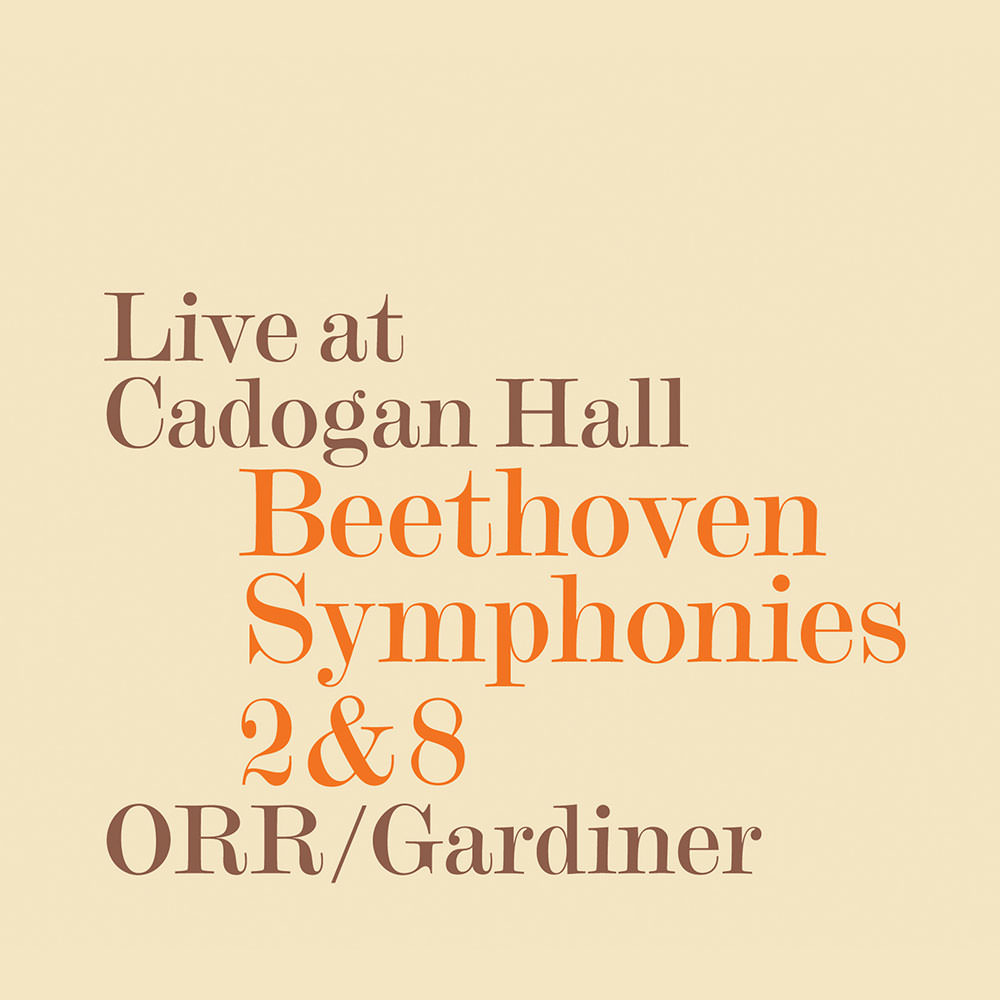 Available in 96 kHz / 24-bit AIFF, FLAC high resolution audio formats
"From the very start, the cut-to-the-bone immediacy of the sound puts you up close and personal to the performance." - Gramophone " After hearing these explosive, invigorating and electrifying performances, we are reminded once again of the ferocious intensity that must have shellshocked 19th century Viennese audiences." - BBC Music Magazine October 2014 marks the 25th anniversary of the founding of the Orchestre Révolutionnaire et Romantique. Twenty years after their acclaimed Beethoven Symphonies, Sir John Eliot Gardiner and the ORR continue to revisit this repertoire with this live album, which follows the release of previous Beethoven symphonies recorded live by Gardiner at Carnegie Hall. The Second and Eighth, two of Beethoven's “lighter” symphonies, are among Sir John Eliot’s favourites. The Second's life-affirming energy is rooted in Mozart and 18th century opera, at times romantically tender and others ferociously determined. Beethoven’s adventurous spirit can be heard in the Eighth, which is buoyant and energetic with a spirit of wit and playfulness.
96 kHz / 24-bit PCM – SDG Studio Masters