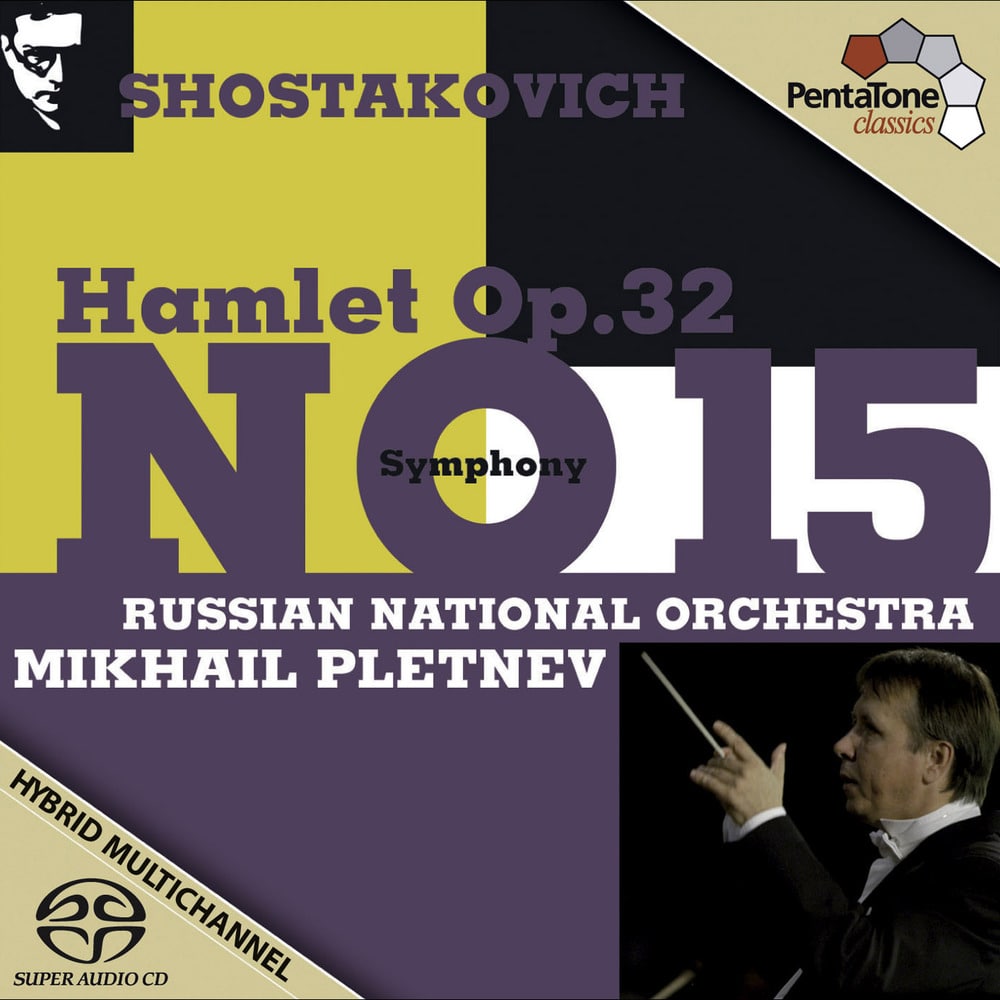 Available in 96 kHz / 24-bit AIFF, FLAC and 2.8224 MHz DSD high resolution audio formats
"Mikhail Pletnev delivers a strongly compelling and often illuminating interpretation of Shostakovich's final symphony. Whereas most conductors opt merely for the sardonic and satirical in the first movement's 'toyshop in a cloudless sky', Pletnev emphasises the music's menacing subtext, the muffled trumpet quotations from Rossini's William Tell Overture sounding particularly grim. He maintains a grip over the pregnant pauses and fragmentary lines of the slow movement, the doom-laden atmosphere intensified by some expressive and anguished solo cello playing... the beautifully paced Finale builds up to a very effective and powerful climax..." - BBC Music Magazine Many commentators have characterized this symphony an "enigma," no doubt because the use of musical quotations from Rossini, Wagner, Shostakovich himself, and others cannot easily be categorized as satire, or homage, or accounted for by any one simple or obvious motivation or meaning. In addition, the combination of what seems to be playful, childlike music with such profoundly tragic and powerfully dramatic moments appears schizophrenic to many. As a result, even though a performance of any of the Shostakovich symphonies may require, to varying degree, a balancing of public outcry and personal introspection, this is the one that contains the greatest contrast of moods and material, and is thus the most difficult to reconcile musically and (if you will) psychologically. To this end, by addressing the music with a consistently serious--though never ponderously somber or inflexible--demeanor (primarily through slower-than-usual tempos and emphasis of certain details from a fresh perspective), Pletnev suggests a remarkably unified, poised, and persuasive solution to this enigma. The 11 short pieces from Hamlet are an unusual postscript; these are not from the well-known film that Shostakovich scored in 1964, but a controversial stage version directed by Nikolai Akimov in 1932. The selection of pieces here is not even the composer's own Suite, but were compiled by Pletnev, who included a wry waltz ("Dinner Music"), an ominous portrait of Hamlet's father-in-law ("Monologue of Claudius"), and even a "Gigue" composed some 20-plus years later. The music is light but not frothy or, for that matter, foreboding.
96 kHz / 24-bit PCM and 2.8224 MHz DSD – PENTATONE Studio Masters