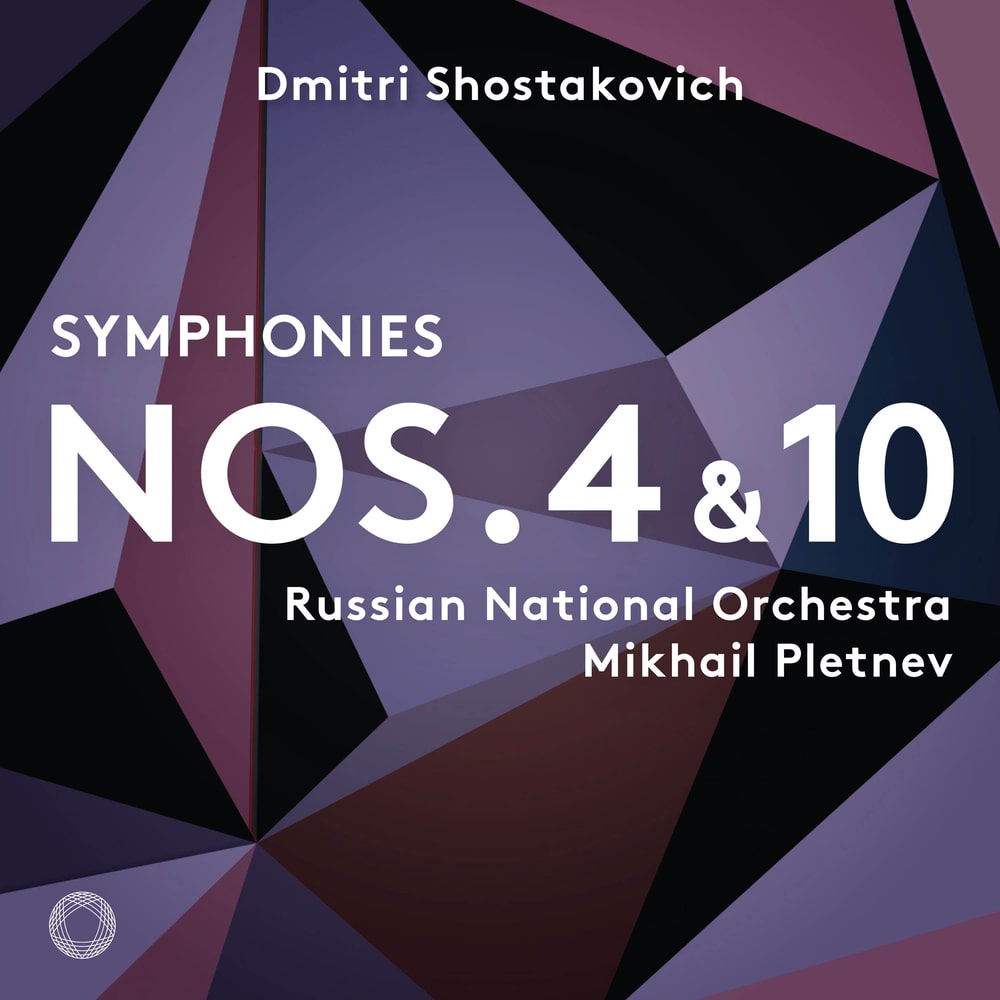 The spirit of Gustav Mahler looms over the pages of Shostakovich’s turbulent, sprawling and enigmatic Symphony No. 4, a work so uncompromising that for many years he suppressed its performance, fearing public censure. Mixing bombast with banality, savagery with sarcasm, this baffling yet profound work is also one of his most startlingly original. It’s paired with his ever popular Symphony No. 10, a brooding and lyrical masterpiece which is said to contain a musical portrait of Joseph Stalin in the impetuous second movement and in whose third and fourth movements Shostakovich artfully weaves a musical motif based on his own name which emerges resplendent in the spirited finale.

This triumphant release (under the baton of Mikhail Pletnev) is the latest in a series of recordings for PENTATONE by the Russian National Orchestra. Their Shostakovich cycle (also on PENTATONE) was widely acclaimed as “the most exciting cycle of the Shostakovich symphonies to be put down on disc, and easily the best recorded.” (SACD.net). The Symphony No. 7, conducted Paavo Järvi, won the Diapason d’Or de l’année 2015.
96 kHz / 24-bit PCM and 2.8224 MHz DSD – PENTATONE Studio Masters