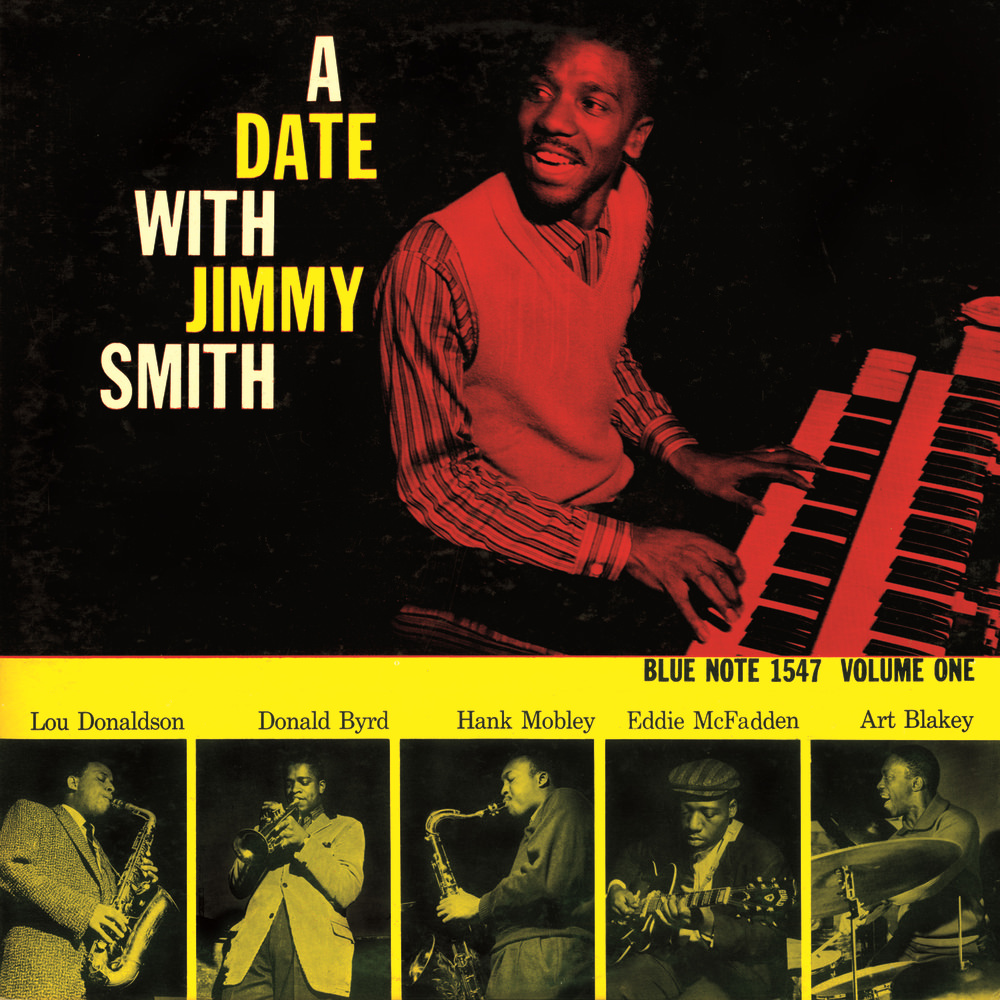 A Date With Jimmy Smith (Volume One)

Available in 192 kHz / 24-bit, 96 kHz / 24-bit AIFF, FLAC high resolution audio formats
"Smith ignited a jazz revolution on an instrument associated at the time with ballparks ..." - All About Jazz "The audio quality is everything you expect from these great pressings." - LondonJazzCollector After recording five albums with his trio, in 1957 organist Jimmy Smith went into the studio with trumpeter Donald Byrd, alto saxophonist Lou Donaldson and tenor saxophonist Hank Mobley in a sextet that also included guitarist Eddie McFadden and drummer Art Blakey. Among the five songs they recorded, two are included on this album: lengthy versions of Falling In Love With Love and Funk's Oats along with a shorter rendition of How High The Moon from a previous session with McFadden and drummer Donald Bailey in a trio.
192 kHz / 24-bit, 96 kHz / 24-bit PCM – Blue Note Records Studio Masters