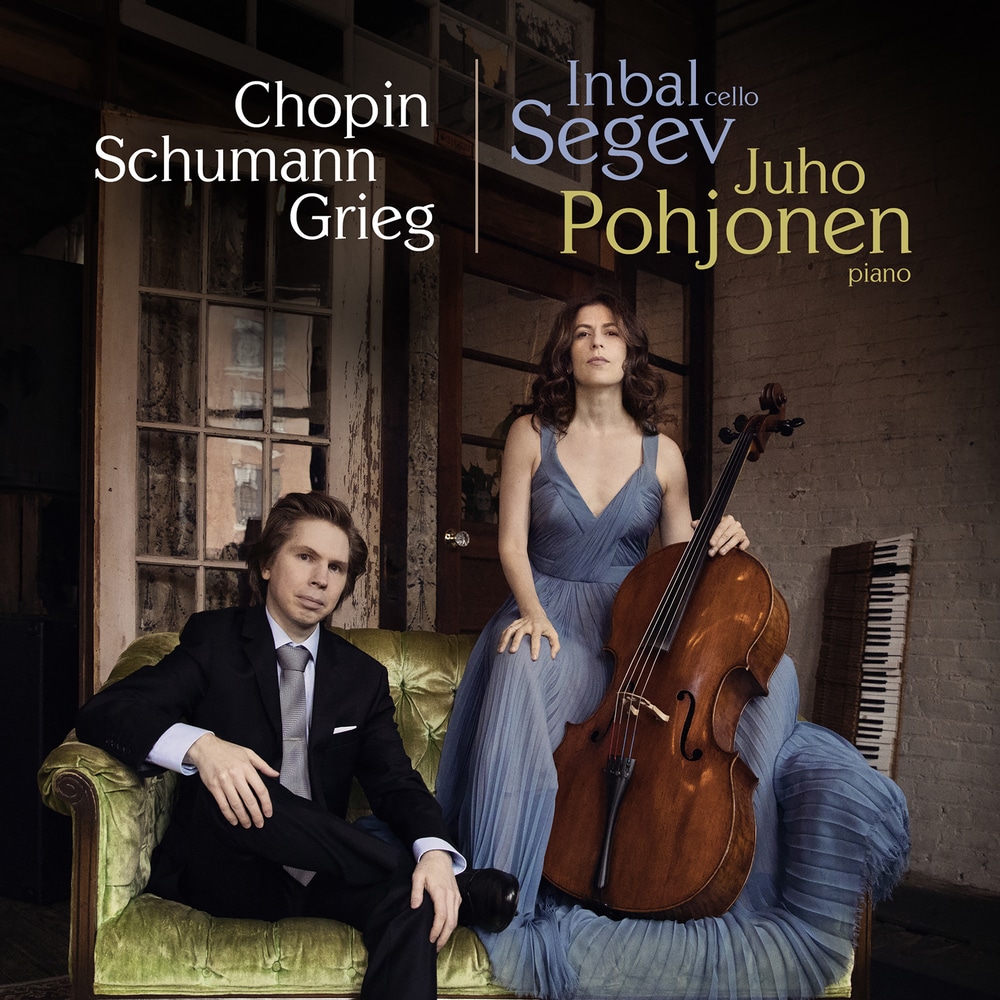 Works for Cello and Piano by Chopin, Schumann and Grieg

Inbal Segev makes her debut on AVIE Records with Finnish pianist Juho Pohjonen in a recording of the music of three leading Romantic composers.

For their first album together, Segev and Pohjonen have chosen the expressive and sometimes nostalgic Cello Sonata in G minor, Op. 65 by Frédéric Chopin, Edvard Grieg’s Scandinavian folk-imbued Cello Sonata in A minor, Op. 36, and Robert Schumann’s moody and romantic Three Fantasiestücke, Op.73.

Inbal Segev reaches thousands of people across continents through her influential YouTube video masterclass series Musings with Inbal, teaching core repertoire, cello technique and new works. Her many honours include top prizes at the Pablo Casals, Paulo and Washington International Competitions. She began playing cello in Israel at five and at 16 was invited by Isaac Stern to continue her studies in the US. She holds degrees from The Juilliard School and Yale University.
44.1 kHz / 24-bit PCM – AVIE Records Studio Masters