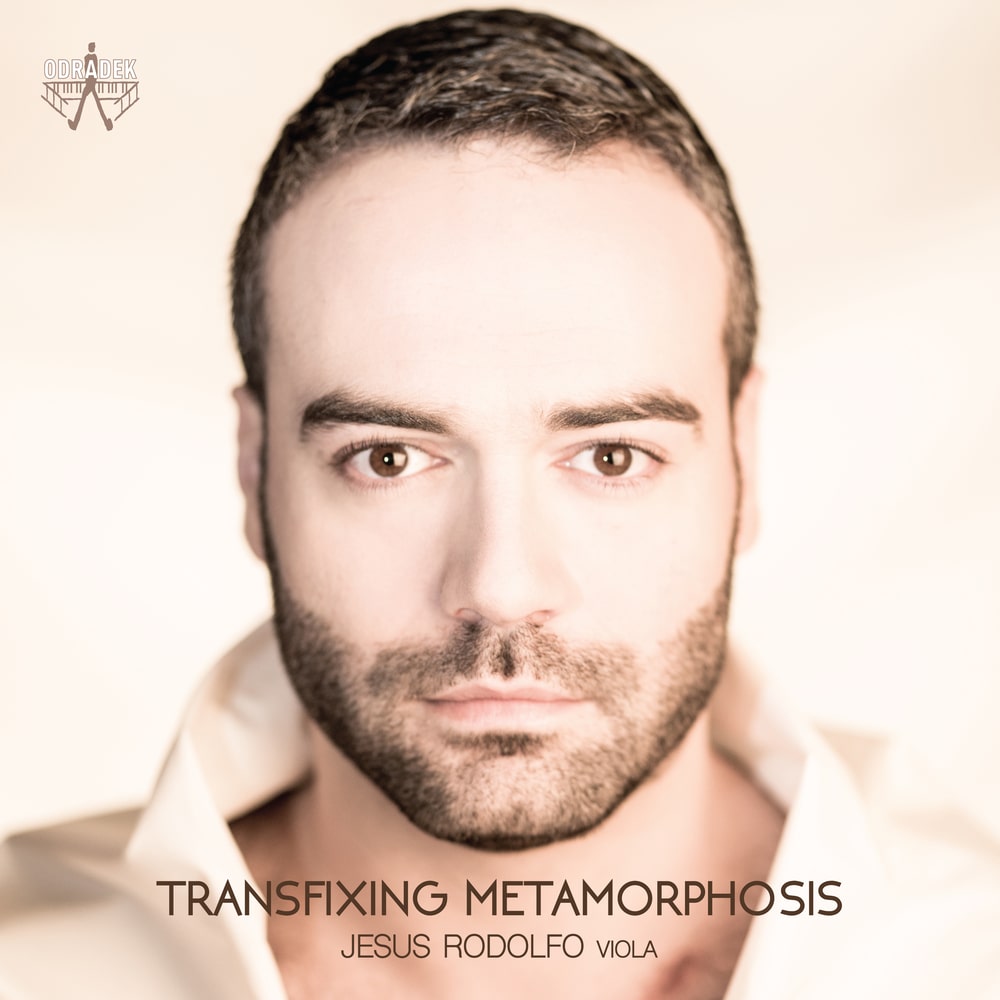 Available in 96 kHz / 24-bit AIFF, FLAC high resolution audio formats
Described by the New York Times Digest as “a star whose light transcends the stage”, Spanish violist Jesus Rodolfo combines the spontaneity and fearless imagination of youth with the discipline and precision of a mature artist. Jesus Rodolfo’s Odradek debut, Transfixing Metamorphosis, takes us on a journey through music for solo viola – a journey felt deeply by the artist as one which resonates with key moments in his own musical development. We hear a transcription of J.S. Bach’s Sonata, BWV 1005 (originally for solo violin), a work of sublime power which includes the longest fugue ever written by Bach, a breathtaking tour de force. Paul Hindemith’s Viola Sonata, Op. 11, No. 5 was written in 1919 at a time when Hindemith the performer was making his final transition from the violin to the viola. The sonata is one of a group of works started in 1918 at the tail end of World War One. Hindemith’s approach to sonority and counterpoint, articulated using a neoclassical musical language, finds parallels with J.S. Bach, leavened by a purity, even a romanticism, of spirit. György Ligeti’s Viola Sonata (1991-1994) is considered perhaps the hardest solo viola work yet written. Over the course of its expansive six-movement structure, this work creates a sense of reminiscence, an evocation of something which has gone before, without resorting to pastiche. Ligeti explores all the capacities of the instrument and stretches the skill of the performer almost to breaking point, a challenge audibly relished by Jesus Rodolfo in his thrilling performance.
96 kHz / 24-bit PCM – Odradek Records Studio Masters