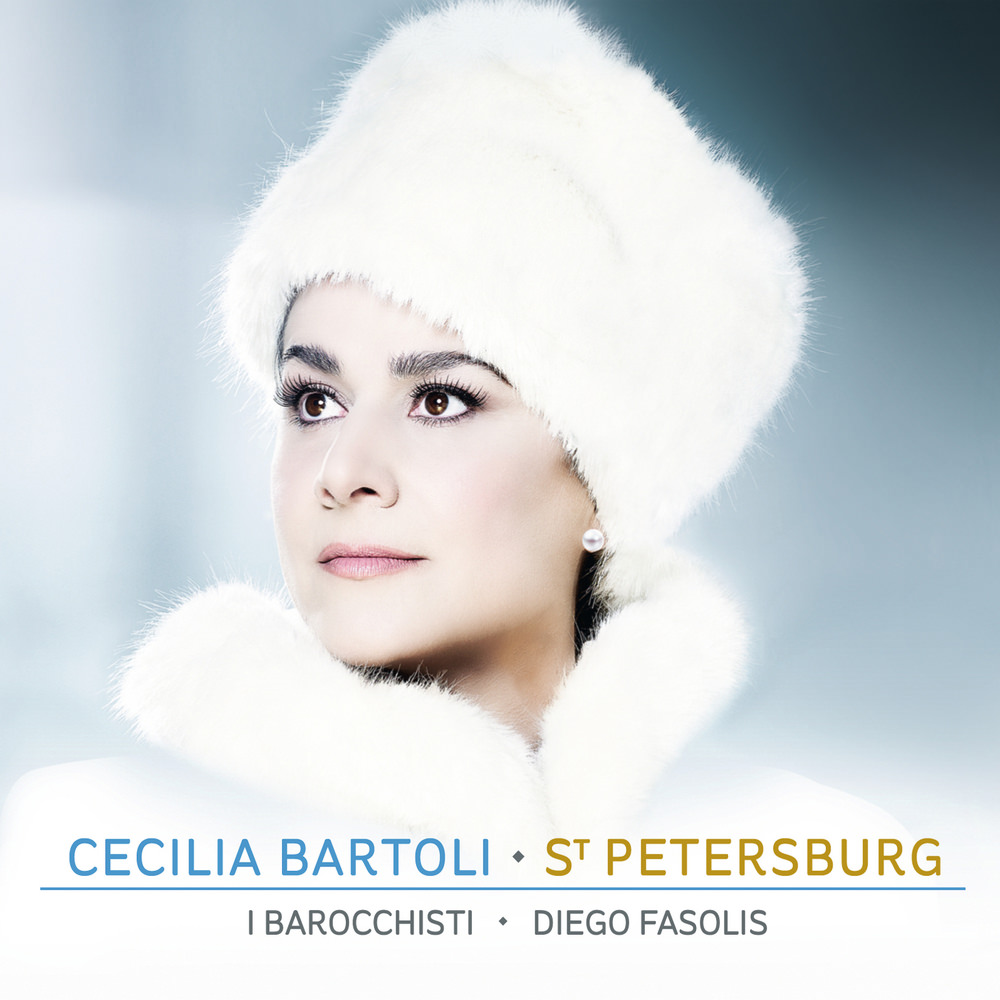 Available in 96 kHz / 24-bit AIFF, FLAC high resolution audio formats
Grammy nomination - Best Classical Solo Vocal Album, 2015 "... the works on this recording represent the core of an extraordinarily rich collection ..." - ClassicalSource.com Cecilia Bartoli presents St. Petersburg, a majestic album of world premiere recordings, hidden treasures of the Mariinsky! For the very first time, the acclaimed mezzo-soprano explores the Baroque musical treasures of Tsarist Russia with music from the court of three 18th century Tsaristas: Anna, Elizabeth and Catherine the Great. With music written by Italian and German composers working for the Russian court, this Grammy nominated album sheds new light on an incredible and momentous time for Russia, shaping its politics and culture towards the enlightened West. Mostly sung in Italian, the recording also offers the first opportunity to hear Bartoli sing in Russian. Intricately researched by Bartoli herself, she uncovers music lost for over 200 years. This album reunites Bartoli with Baroque specialists Diego Fasolis and I Barrochisti.
96 kHz / 24-bit PCM – Decca/London Studio Masters