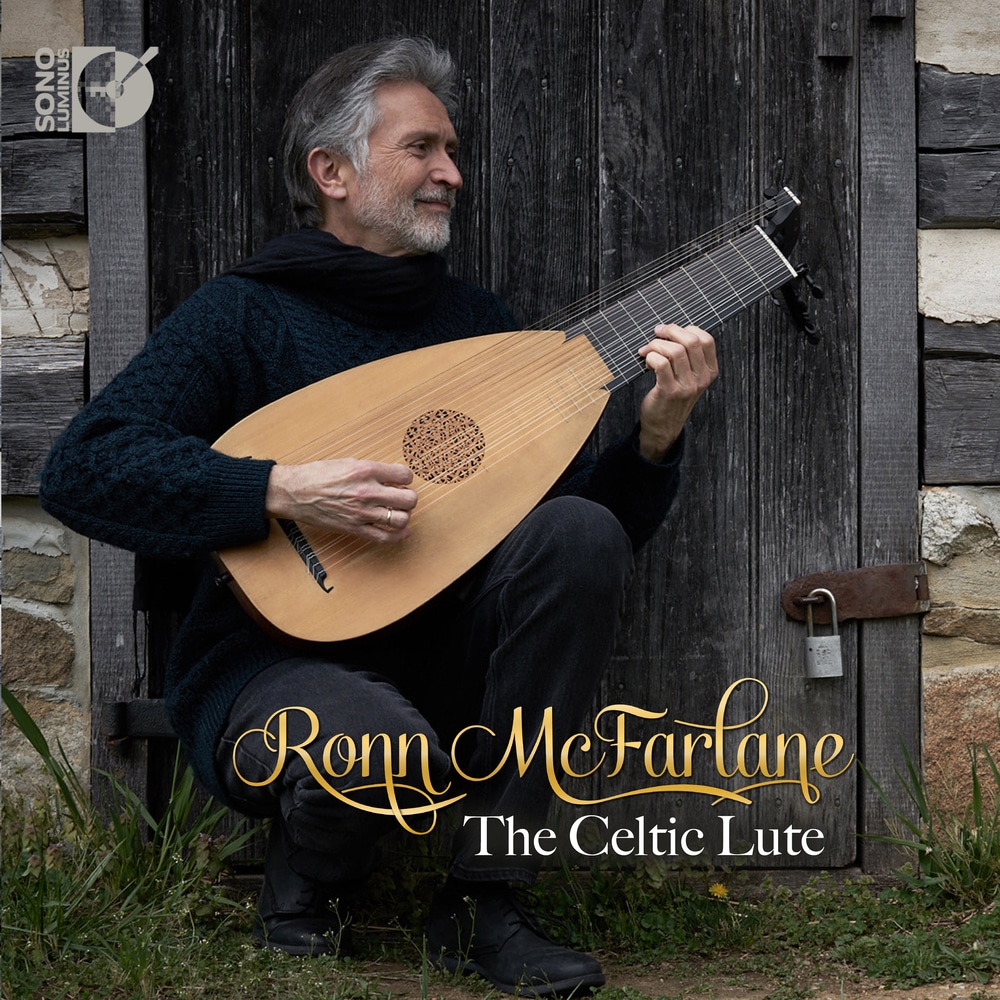 Available in 352.8 kHz / 24-bit, 192 kHz / 24-bit, 96 kHz / 24-bit AIFF, FLAC and 5.6448 MHz, 2.8224 MHz DSD high resolution audio formats
"... Some of the most ravishing lute playing to be heard anywhere.” - The Washington Times Grammy-nominated lutenist Ronn McFarlane strives to bring the lute into the musical mainstream and make it accessible to a wider audience. With this newest release, he bridges the gap between the music of his ancestors and his earliest musical influences. "I’ve always loved this music. In the early 1980s I began performing and recording Scottish music, since there is a written repertory of Scottish tunes written out for the lute in a number of manuscripts dating from the 17th century. But alas, there is no repertory of Irish lute music. Yet there is an obvious sympathy between the music of Ireland and Scotland, so I undertook to make arrangements of some of my favorite Irish and Scottish tunes that had never quite made it into the historical lute repertory. (An oversight, I’m sure.) The harp music of Turlough O’Carolan often fits the lute amazingly well, and the traditional Scottish and Irish dance music can also be a good fit, though one needs to choose the tunes with care. The arrangements of Scottish music found in the Balcarres Lute Book (compiled around 1700) make a great example of how to arrange popular melodies and dances for the lute. I used that as my model when I started out on this project." - Ronn McFarlane
352.8 kHz / 24-bit, 192 kHz / 24-bit, 96 kHz / 24-bit PCM and 5.6448 MHz, 2.8224 MHz DSD – Sono Luminus Studio Masters