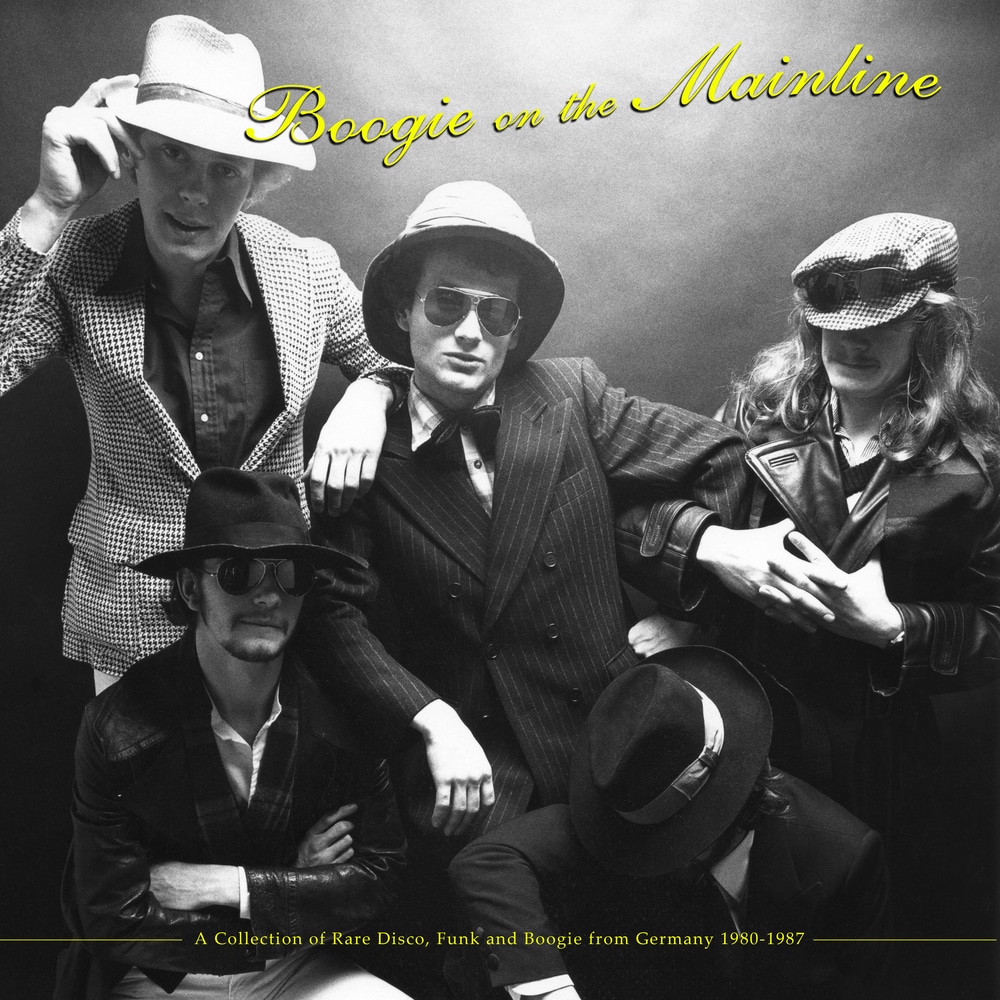 Boogie on the Mainline – a Collection of Rare Disco, Funk and Boogie from Germany 1980-1987

Available in 48 kHz / 24-bit AIFF, FLAC audio formats
Boogie on the Mainline offers a selection of 10 rare Disco tracks from Germany plus one from Austria, all originally released between 1980 and 1987. German Funk, Rare Groove and 1970s Disco music (e.g. the highly regarded Munich scene around Italian producer Giorgio Moroder) have been widely recognized and featured on numerous reissues and compilations. However, the Boogie-ish post-disco side of German music history until now has remained relatively undiscovered. One of the reasons might be that a broader national scene in Germany (unlike the UK for example) never existed. Even though tracks by US bands such as Dazz or Midnight Star were popular in discotheks in Germany around that time, bigger labels showed little interest in promoting German groups playing this new style of Disco Funk that brought in electronic musical instruments and often lacked the iconic "four-on-the-floor" beat. Additionally, the number of bands that continued to play funky Disco and Soul music in the 1980s diminished as other styles like Synth Pop, Punk, New Wave and NDW (New German Wave) ascended in popularity. So, though Boogie music (as we call it now) may have never been some sort of “big thing” in Germany, great things were happening locally. While the bands featured on our album were making music around the same time, it appears that none knew of each others’ existence and released their music on small or even private labels. Accordingly, each group featured on our compilation brings with them a particularly unique style and story. This collection pays tribute to an era and movement that never really existed - and it will hopefully shed some light on these little-known Disco gems.
48 kHz / 24-bit PCM – Boogie On The Mainline Studio Masters