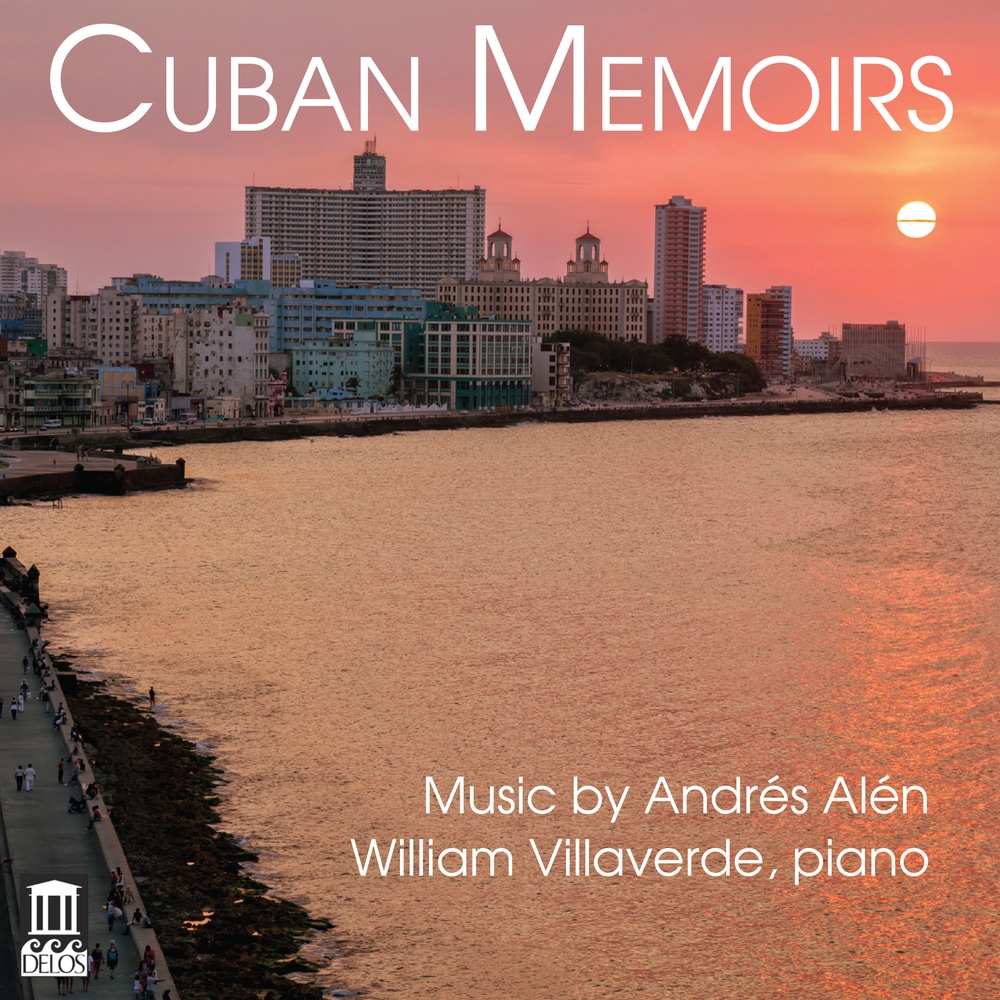 Distinguished Cuban composer Andrés Alén’s works are characterized by a unique fusion of Cuban dance, jazz, and classical genres. His works have been performed by such legendary Cuban musicians as Arturo Sandoval and Paquito D’ Rivera, among others. He has been described as “one of Cuba’s most complete musicians.” Yet his piano music has rarely been recorded.

Enter the brilliant Cuban-American pianist William Villaverde. Alén was his mentor in Cuba for eight years before Villaverde moved to the United States in 2001 and built his reputation as a piano virtuoso. Since then, he has tirelessly championed Alén’s piano compositions, both in the United States and abroad.

With these vibrant, often toe-tapping performances of Alén’s complete piano music written before the year 2000, this Cuban master’s keyboard music is finally getting the international exposure that it so richly deserves.
44.1 kHz / 24-bit PCM – Delos Studio Masters