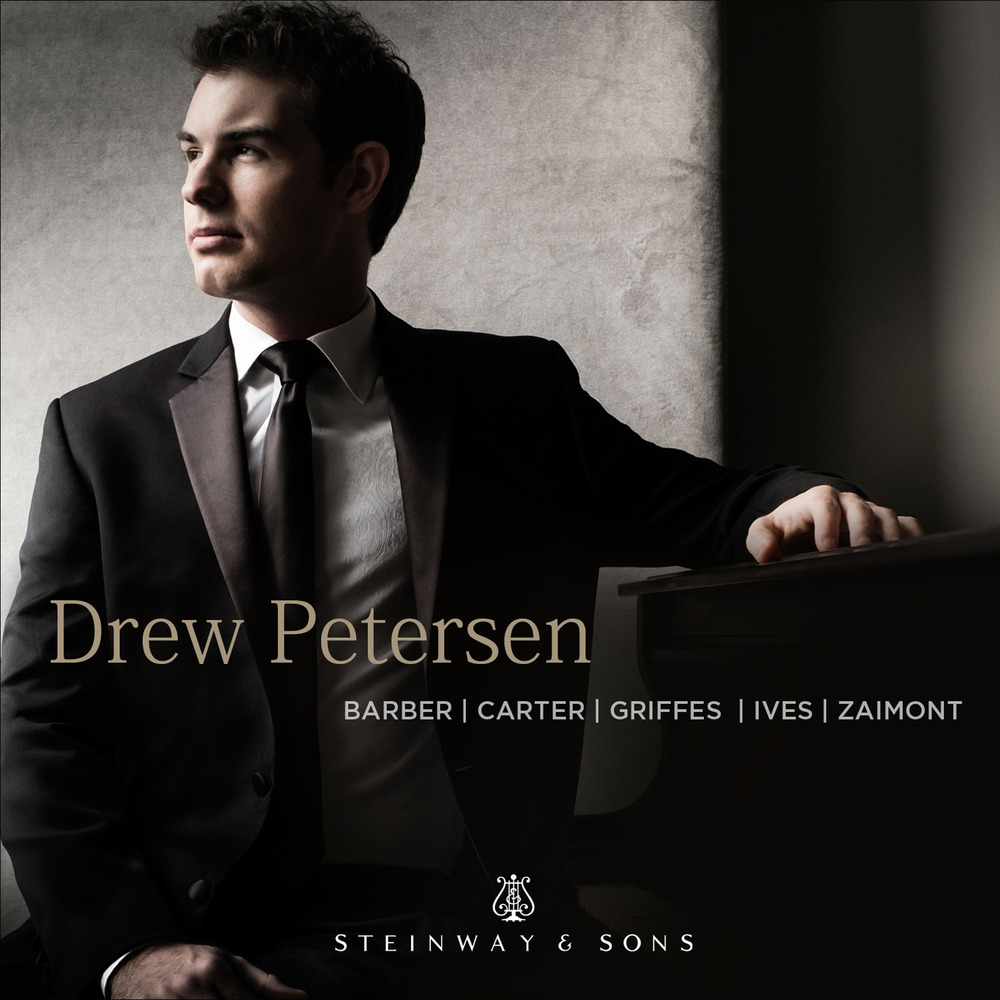 In his young career, American Pianist Drew Petersen has achieved some of the highest musical honors, including top prize from the 2017 American Pianists Awards and a 2018 Avery Fisher Career Grant. This recital, a daunting showcase of American piano works, is a glimpse of his remarkable musicianship.

From Griffes’ Three Fantasy Pieces, which fuse elements of late Romanticism, French impressionism, and Russian mysticism, to Ives’ Concord Sonata, a work inspired by American Transcendentalism that also incorporates the iconic four-note motive from Beethoven’s Fifth Symphony, the repertoire Petersen selected for his debut recording highlights the diverse breadth of influences that went into American classical music of the 20th century. Incidentally, Ives himself was an inspiration for Elliott Carter, whose complete Piano Sonata also appears on this recording.

While preparing this program, Petersen performed the Carter Sonata for Ursula Oppens: pianist, educator, and champion of numerous American composers, including Carter. “Despite my long, close friendship and working relationship with Elliott Carter, I had never actually learned his Piano Sonata until the 2000s, nearly 60 years after it was originally composed,” said Oppens. “For that reason, the Sonata still feels like a fresh, new work to me. It is a joy to hear Drew develop his own interpretation of this Sonata, and I'm delighted that he has chosen to showcase American composers, including Carter, on his debut album.”

Petersen’s album also includes the first-ever recording of Attars by Judith Lang Zaimont, which was originally commissioned by American Pianists Association for the 2017 Awards. Petersen, who performed Attars during the competition and eventually emerged victorious, is the ideal musician to bring this work to the American public.
192 kHz / 24-bit, 96 kHz / 24-bit PCM – Steinway and Sons Studio Masters