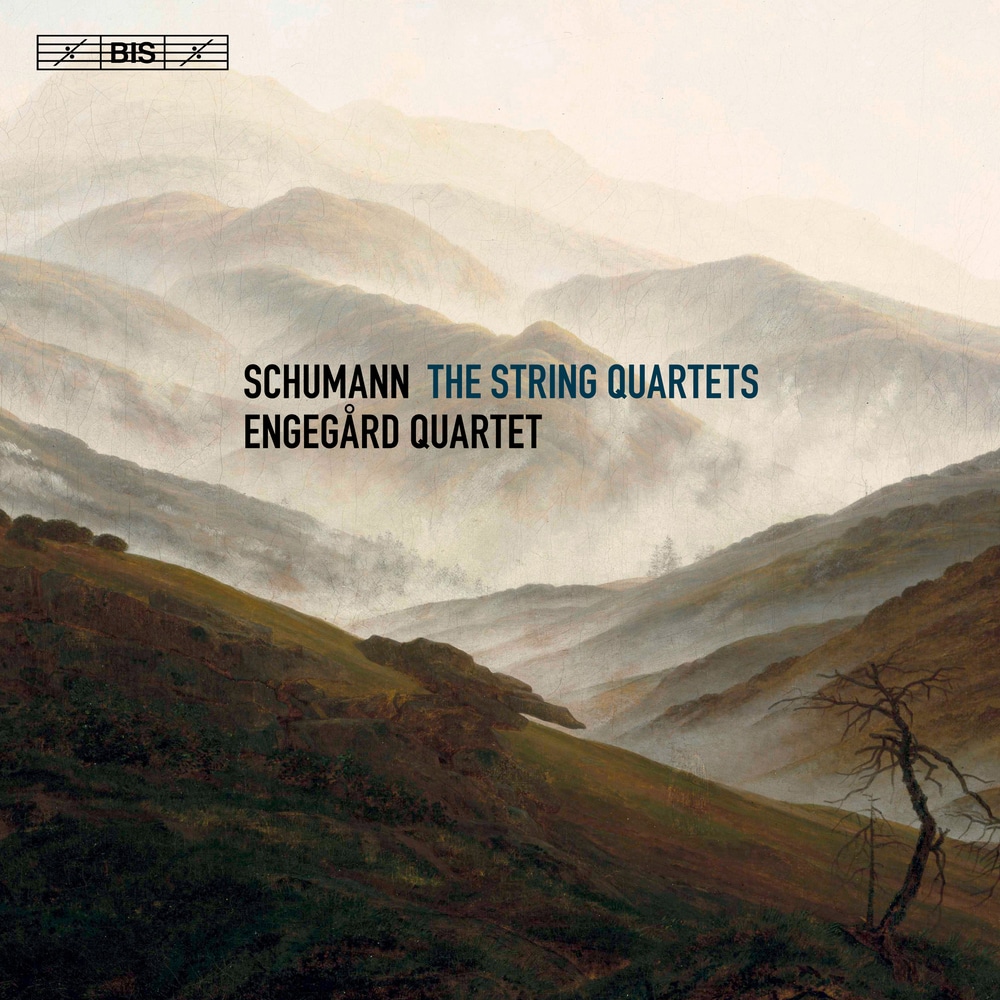 Available in 96 kHz / 24-bit AIFF, FLAC high resolution audio formats
Robert Schumann rated the string quartet genre very highly, describing it as ‘noble’ and considering it to be one of the most revealing in terms of compositional craftsmanship. Possibly it was the high regard in which he held the genre that for so long stopped him from actually completing a quartet of his own – although he had first seriously considered writing one in 1828, it took almost 15 years before he was ready to fully commit to the idea. Once he had done so, there was no returning: during some hectic summer weeks in 1842, a year which is often called ‘Schumann's chamber music year’, he completed the three string quartets of his Op. 41, presenting them to his wife Clara on her 23rd birthday in September. In her diary she wrote ‘… they delighted me to the utmost. Everything in them is new, clear, expertly worked out and always idiomatic.’ The Op.41 quartets were to be the only ones from Schumann's pen, but this is not to suggest that he was dissatisfied with them: in 1847 he wrote to his publisher that he regarded the quartets ‘as my best work from earlier times’. They are here performed by the Norwegian Engegård Quartet, whose latest release on BIS, of quartets by Grieg and Sibelius, has received critical acclaim, for instance in Gramophone: ‘Those seeking the Grieg/Sibelius pairing in modern sound would be hard pressed to find better.’
96 kHz / 24-bit PCM – BIS Studio Masters