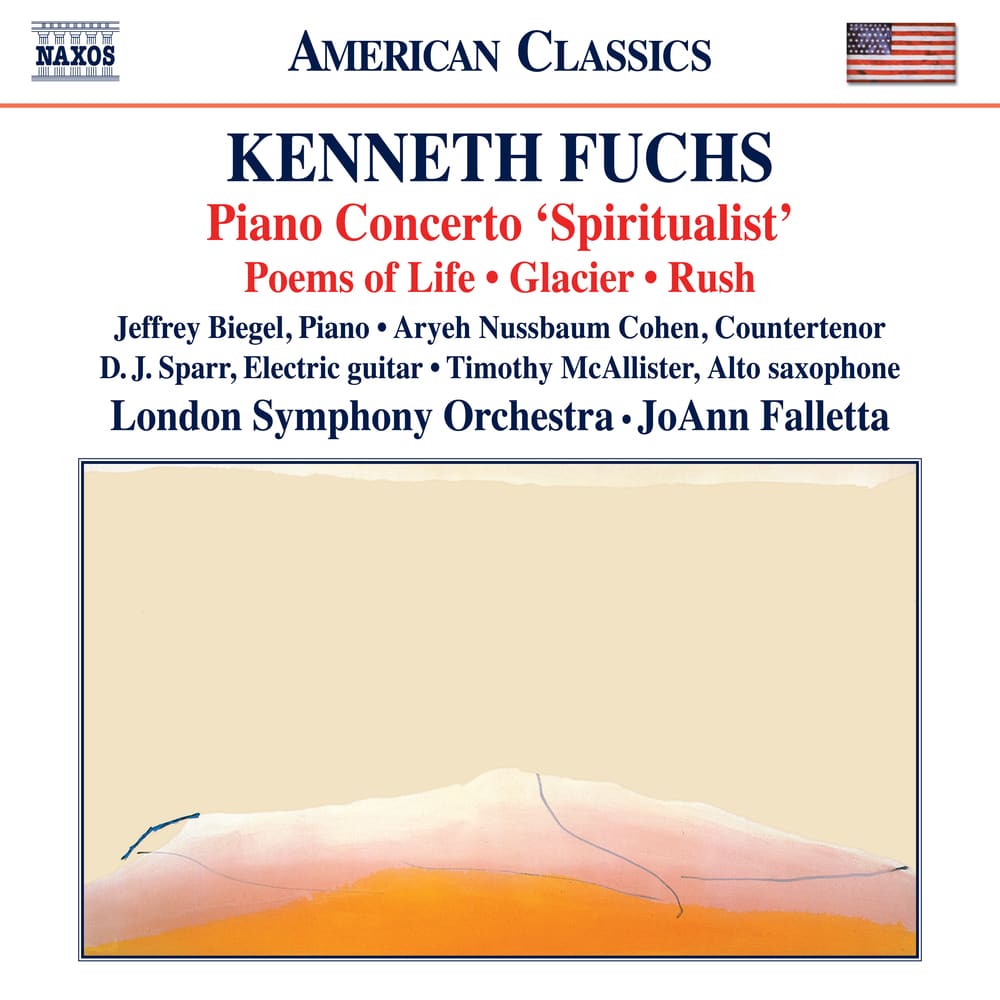 Kenneth Fuchs is one of America’s leading composers. He celebrates his unique fifteen-year recording history with conductor JoAnn Falletta and the London Symphony Orchestra with this stunning release of three new concertos and an orchestral song cycle. Kenneth Fuchs has composed music for orchestra, band, voice, chorus, and various chamber ensembles. His music has achieved significant global recognition through performances, media exposure, and digital streaming and downloading throughout North and South America, Central and Eastern Europe, Asia, and Australia. The London Symphony Orchestra, under the baton of JoAnn Falletta, has recorded five discs of Fuchs’s music for Naxos American Classics. The first, released in August 2005, was nominated for two GRAMMY® Awards (“Best Instrumental Soloist Performance with Orchestra” and “Producer of the Year, Classical”).
96 kHz / 24-bit PCM – Naxos Studio Masters