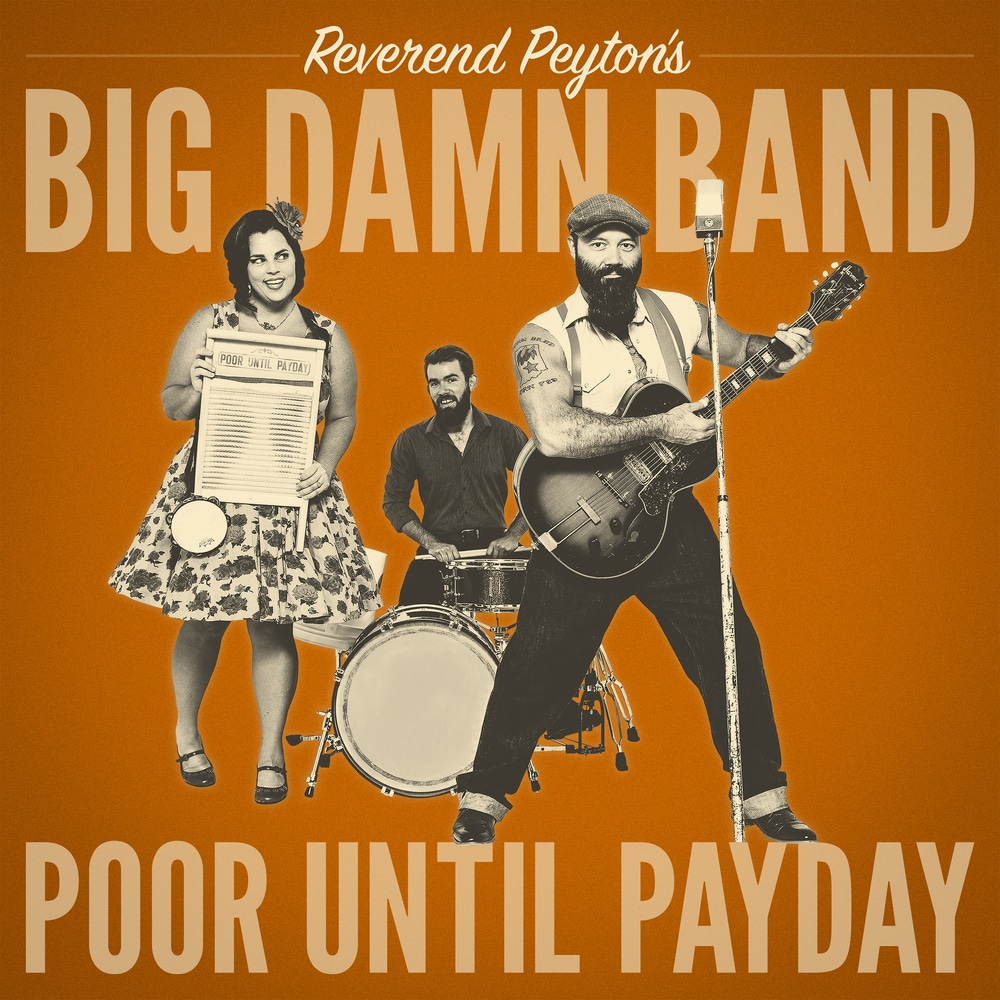 Reverend Peyton’s Big Damn Band has built its reputation the long, slow, hard way. After 12 years of playing as many as 300 shows each year, Rev. Peyton, the world’s foremost country blues finger-style picker, along with the biggest little band in the country has pieced together one of the most dedicated followings out there. This following is sure to eat up the band’s latest offering, Poor Until Payday, a country blues record that was made the right way — two feet on the ground and both hands getting dirty.

On Poor Until Payday, Peyton wanted a sound as live and electric as the records made in the heyday of 45 rpm blues classics from Chess, Stax and Sun Records. Playing his beloved custom-made National steel resonator, a 1949 Harmony Archtop, a 1954 Supro Dual Tone and a 1955 Kay Speed Demon through a 1949 Supro amp, Rev wanted to restore the “warmth, pops and hisses” mostly eliminated by modern-day compression. The band played in a room together with minimal mic'ing (using only the best classic pieces they could get) with the main effect being tape saturation.

The result is an album that is direct, soulful and demands to be played loud.
44.1 kHz / 24-bit PCM – Family Owned Records Studio Masters