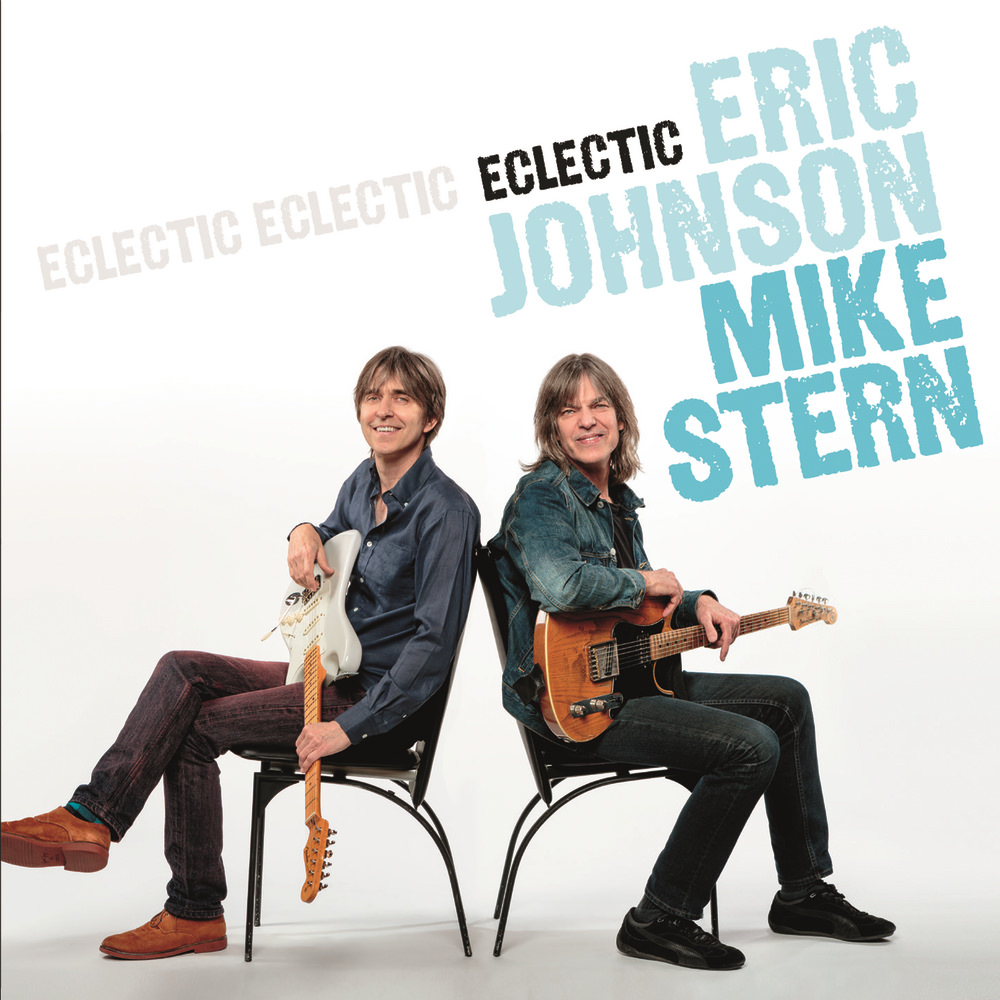 Available in 96 kHz / 24-bit AIFF, FLAC high resolution audio formats
On this album, guitarist Mike Stern goes toe-to-toe with Texas guitar slinger Eric Johnson in a scintillating, six-string summit meeting that is manna for guitar aficionados. And as the title Eclectic suggests, these two modern day guitar heroes cut a wide stylistic swath on 11 originals while showcasing their mutual love of Hendrix on the iconic Red House. Eclectic was recorded in three days at Johnson’s studio in Austin with a core group of the two guitarists, bassist Chris Maresh and drummer Anton Fig. A handful of selected guests joins them, including Mike’s wife Leni Stern on n’goni and vocals and singer-songwriter Christopher Cross on backing vocals. “My records lately have been with a whole bunch of different people, but this was really cool to just have one group and barely add any overdubs. It was really kind of live, which I have always liked to do. We just set up and played. And because it was Eric’s studio, no one was looking at the clock." - Mike Stern
96 kHz / 24-bit PCM – Heads Up Studio Masters