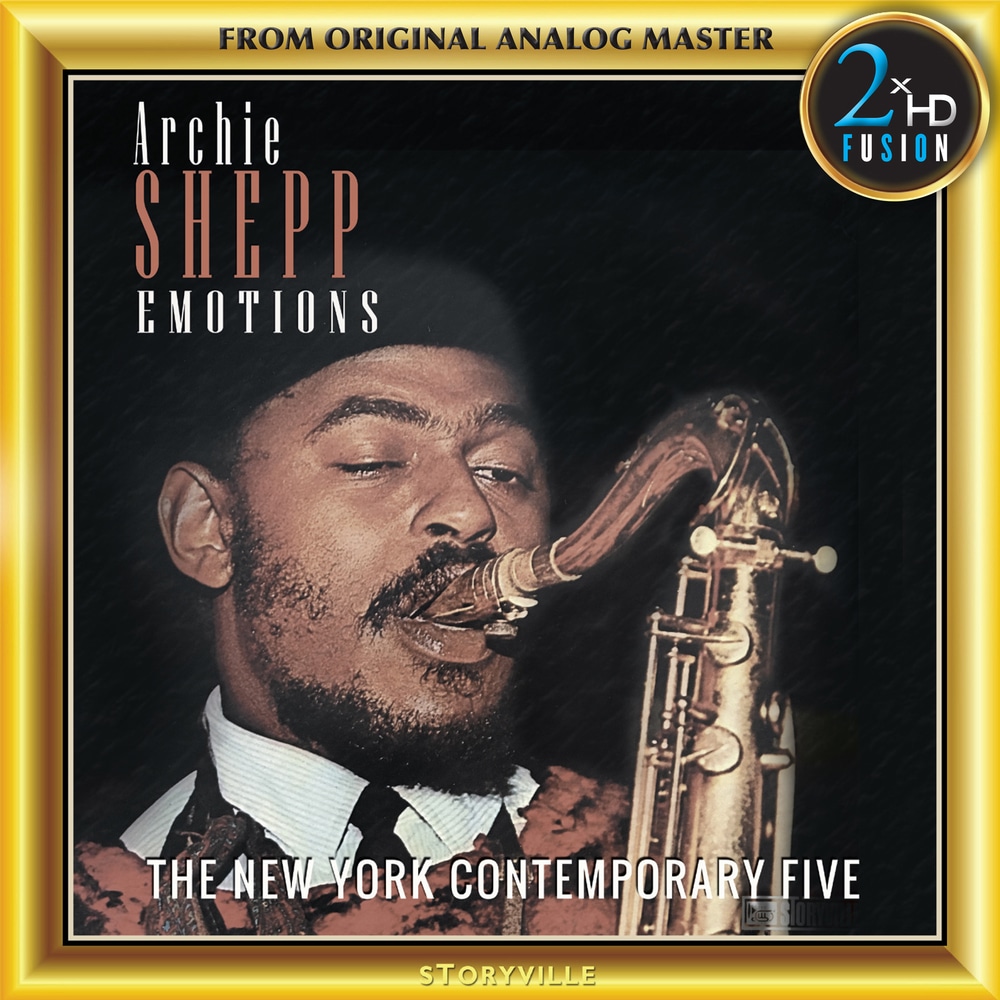 Available in 192 kHz / 24-bit, 96 kHz / 24-bit AIFF, FLAC and 11.2896 MHz, 5.6448 MHz, 2.8224 MHz DSD high resolution audio formats
Saxophonist Archie Shepp is best known for his passionately Afrocentric music of the late 1960s, His tenor sax solos were searing, harsh, and unrelenting, played with a vivid intensity while he was viewed as perhaps the most articulate and disturbing member of the free generation. In this album he performs with the avant-garde jazz ensemble The New York Contemporary Five, "a group which, despite its short lease on life, has considerable historical significance", laying "the cornerstone of what might be called the mainstream of free jazz”.
192 kHz / 24-bit, 96 kHz / 24-bit PCM and 11.2896 MHz, 5.6448 MHz, 2.8224 MHz DSD – 2xHD - Storyville Records Studio Masters