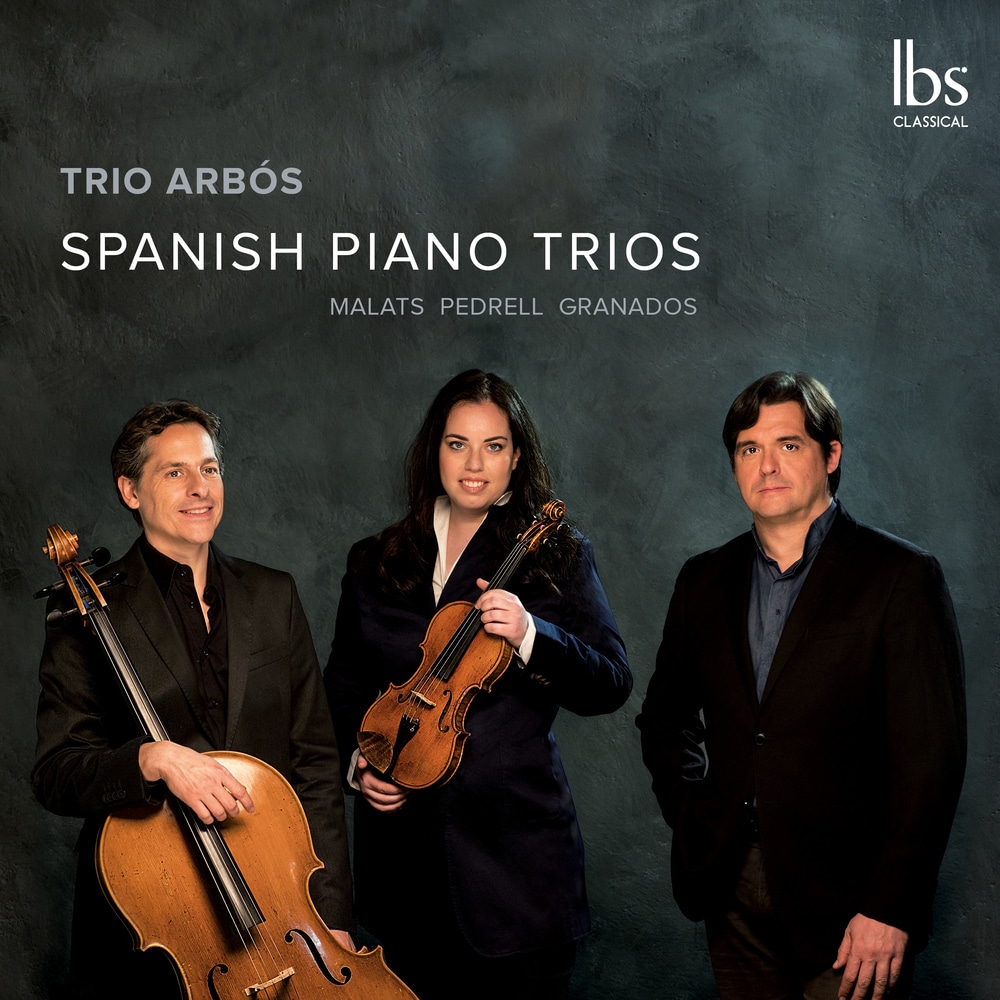 Available in 96 kHz / 24-bit AIFF, FLAC high resolution audio formats
The Arbós Trio was founded in Madrid in 1996, taking the name of the famous Spanish director, violinist and composer Enrique Fernández Arbós (1863-1939). At present it is one of the most prestigious chamber groups of the Spanish music scene. Their repertoire ranges from the masterpieces of classicism and romanticism (the works of Mozart, Beethoven, Schubert, Mendelssohn, Schumann, etc.) to contemporary composers. Three years after Granados premiered his Trio in Madrid, his admired friend, Joaquín Malats, whom he had known since they were fellow students in Barcelona of the great piano composer, Juan Bautista Pujol, premiered his Trio in B-flat at the Madrid Athenaeum. The concert took place on 11 March, 1898 as the finale of a programme entirely dedicated to works by Malats himself, which also included works for solo piano and voice. His work as a composer is scarce and his trio assumed a special role in it. Dedicated to Camille Saint-Saëns, with whom he came to perform in Barcelona in 1907 on two pianos, this trio is one of the great unknown works of the Spanish chamber repertoire, largely because, incomprehensibly, it remains unpublished today. Pedrell himself confesses in the first person his weakness for Chopin in his first period as a composer: “In the year 1872, the chronic nocturnitis from which I suffered, and which was influenced by Chopin and Field, worsened, and I published, almost at the same time, two Nocturnos (in G minor and A major). The first was pure Chopin, and the second had tendencies more in keeping with Field”. Written probably in 1873 under the pseudonym of F. Delpler (an anagram of his surname) as Premier Nocturne-Quartet and Deuxième Nocturne-Quartet, perhaps with the intention of attracting a French publisher, they were subsequently rewritten for trio without harmonium with the same title of Nocturne-Trio op. 55. However, two years later, at the request of a commission from the Barcelona Liceo Opera House to pay homage to the painter Fortuny, Pedrell crossed out the title of the second nocturne and changed it to “Elegy to Fortuny by F. Pedrell”. The musical substance of these nocturnes flows in a tone between crepuscular and lyrical, within the expected restraint of salon music, but without disregarding moments of great intensity. Violin and cello alternate thematic material in a constant dialogue that is harmoniously supported by a piano that provides combinations more typical of a traditional vocal accompaniment. After a month of intense work, the Trio in C Major op. 50 of Enrique Granados premiered on 22 February 1895, at the Salón Romero in Madrid, the favourite haunt of Madrid’s chamber evenings, as the culmination of a programme dedicated entirely to the music of Granados that included his Quintet and several pieces for piano. The present recording has been made using exclusively the manuscript of the Trio in C Major op. 50, held in the Museum of Music of Barcelona. The difference with the existing editions of the work and with the recordings based on those texts is more than notable. To begin with, many pitches, rhythms, tempo markings, articulations and dynamics are clearly different from those offered to us by the existing editions; nor does anyone seem to have noticed that the pencil annotations that are found in the manuscript were not made by Granados but by the hand in charge of preparing the work for Unión Musical Española.
96 kHz / 24-bit PCM – IBS Classical Studio Masters