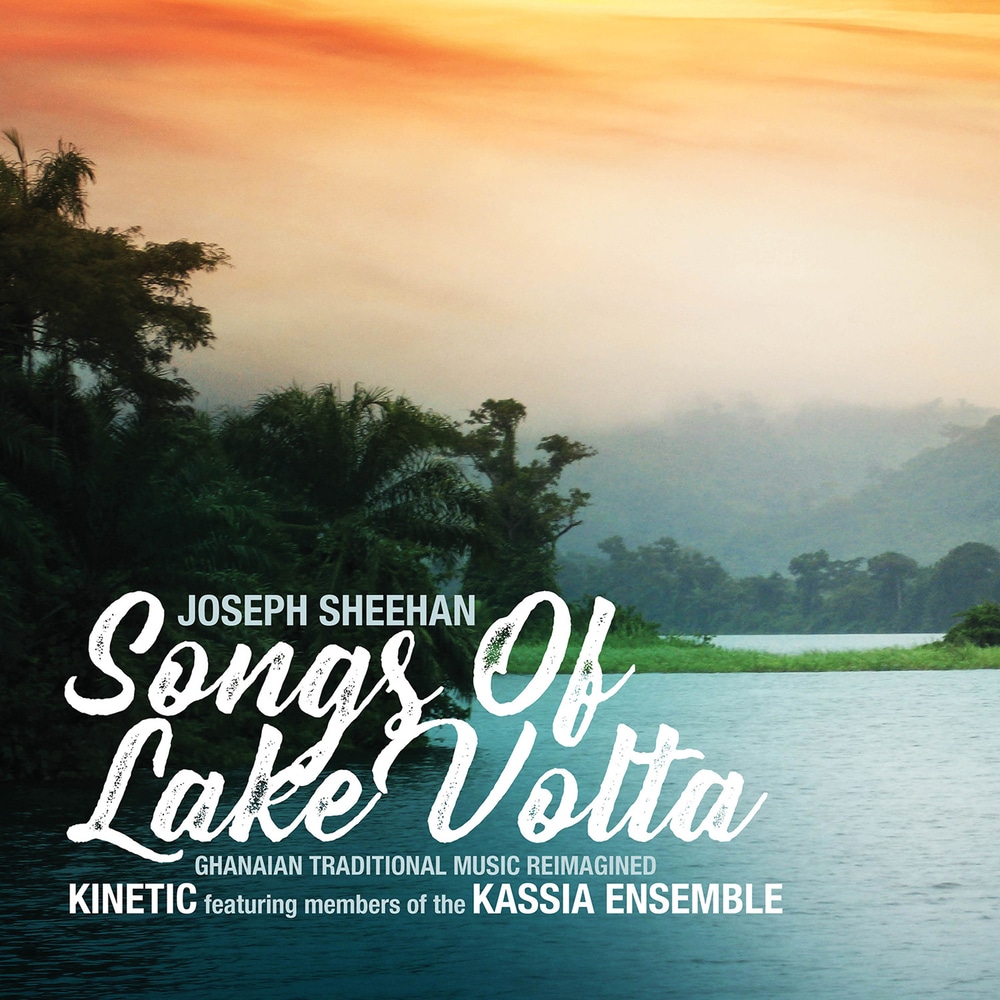 Songs of Lake Volta, Joe Sheehan’s debut on Ansonica Records, finds the composer and pianist fusing his passion for the music of West Africa, particularly that of Ghana, with his background in both classical chamber music and contemporary jazz. Songs of Lake Volta features nine traditional Ghanian songs surrounded by original music composed by Sheehan, performed by two critically acclaimed groups: Kinetic and Kassia Ensemble.

To promote the values of open, critical cross-cultural dialogue, this genre-bending album challenges the persistent notion of drumming being the sole outstanding feature of traditional African music. Kinetic, which Sheehan founded, is comprised of five versatile musicians who believe in breaking down barriers between traditional music genres and audiences. The newly-formed Kassia Ensemble is equally focused on breaking down barriers – the all-woman group came together to supersede the gender barrier that is prevalent in classical music.