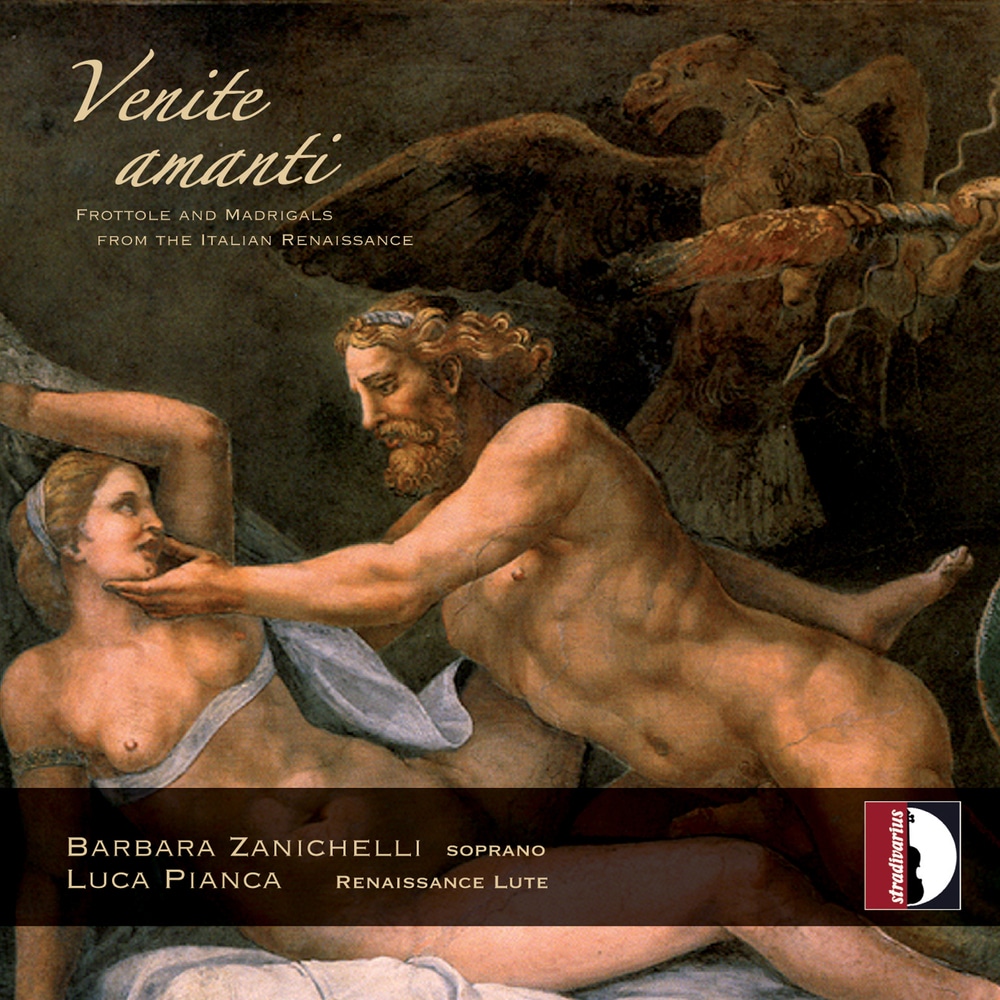 Available in 44.1 kHz / 24-bit AIFF, FLAC audio formats
The frottola genre derived from the oral tradition of executing variations on existing melodies. Above all they were compositions with several strophes and gradually became a cultivated practice, as it was linked to the virtuoso capacities of singers and 'cantori al liuto (singing lutenists). It came to be expressed in three- or four-part compositions where the first part stood out: it carried the melody and its variations, with as counterpoint a tenor, still quite melodic, a supporting bassus and altus, and the least cantabile of all the voices, which interplayed with the tenor. Barbara Zanichelli was born in Parma, where she earned her diploma at the conservatory in violin before going on to study voice with the Russian teacher Anatoli Goussev in Milan. She furthered her studies of performance practice in baroque music with Cristina Miatello, Claudine Answermet and Roberto Gini. She is joined here by Italian-Swiss lutenist Luca Pianca, who has been championing his instrument since the early 1980s.
44.1 kHz / 24-bit PCM – Stradivarius Studio Masters