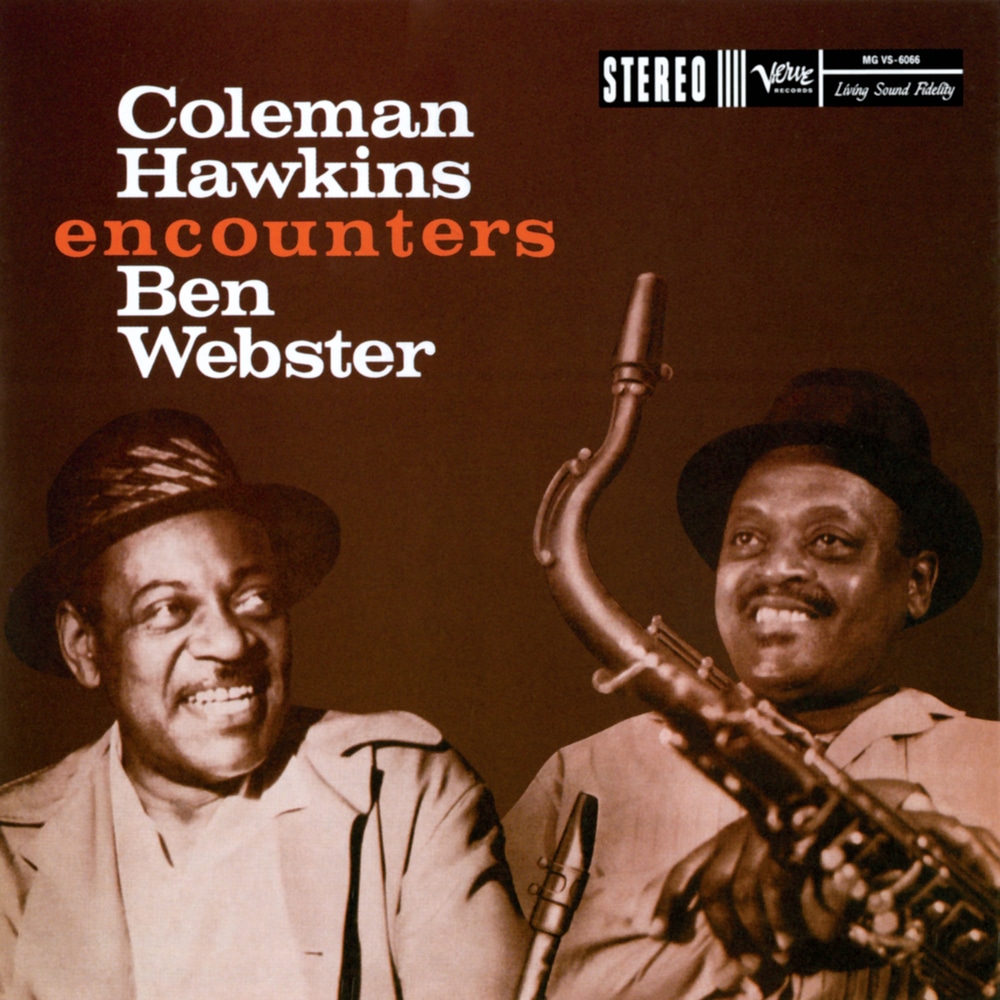 Available in 192 kHz / 24-bit, 96 kHz / 24-bit AIFF, FLAC high resolution audio formats
"... Hawkins and Webster could play with power and authority ..." - Encyclopedia of Popular Music "... close listening will give the listener more of an idea of the unique qualities each great musician had ... both saxists are completely lyrical and sensitive in their playing." - Audiophile Audition "The technique and invention of both Hawkins and Webster is out of the top drawer of tenor saxophone players. This is another piece of history worthy of any jazz collection." - MusicWeb International Ben Webster emulated the big, breathy saxophone style of his influence, Coleman Hawkins. When the two legendary tenor sax players joined forces on this historic 1957 recording, the results were magical. The two players show off how they can swing and yet display sensitivity playing the beautiful melodies of the mid-tempo ballads, backed by an incredible rhythm section starring Oscar Peterson on piano along with Herb Ellis on guitar, Ray Brown on double bass and drummer Alvin Stoller. Coleman Hawkins Encounters Ben Webster combines standards by Cole Porter, Johnny Mercer and Rodgers and Hart with a raunchy Hawkins original tune, Blues For Yolande that turns into a tenor sax duel between Hawkins and Webster. This album has been released in some countries under the title Blue Saxophones.
192 kHz / 24-bit, 96 kHz / 24-bit PCM – Verve Records Studio Masters