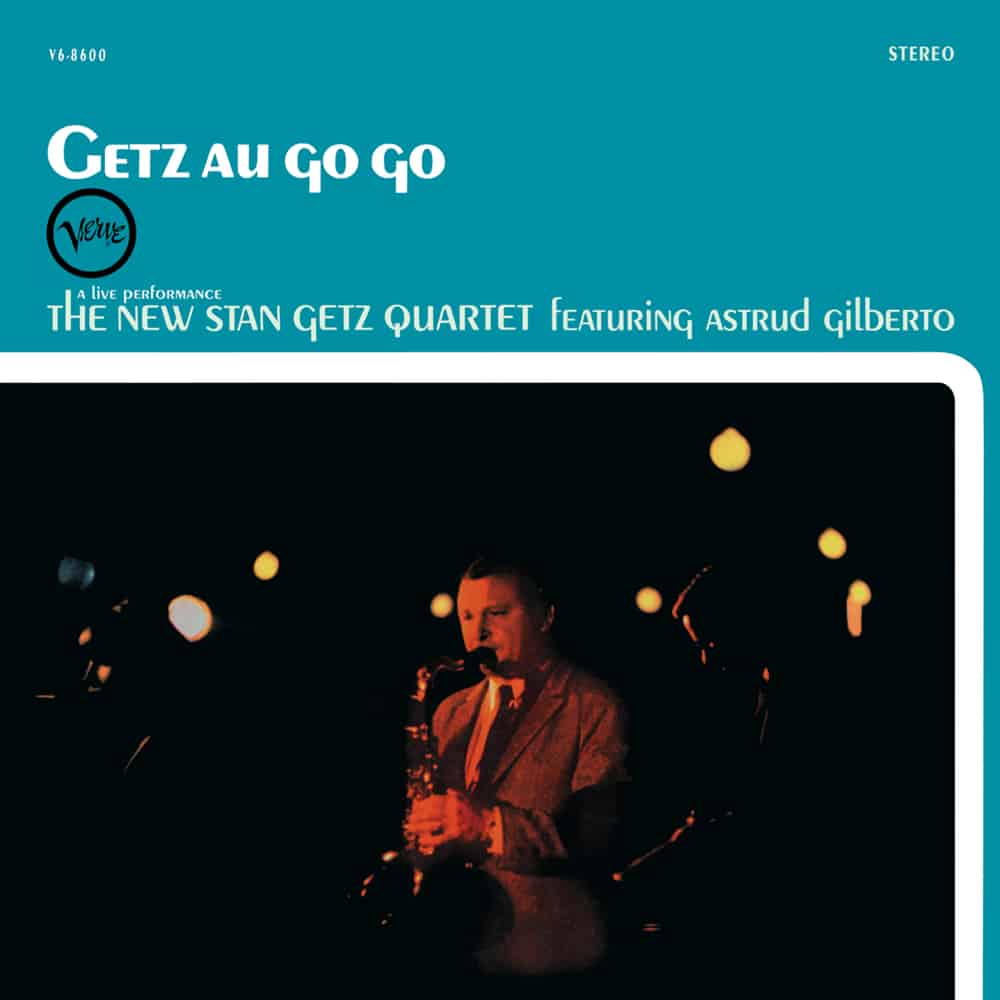 Available in 192 kHz / 24-bit, 96 kHz / 24-bit AIFF, FLAC high resolution audio formats
"Getz’s lyric tenor comes across with great immediacy ... this is a great jazz album of the bossa nova years." - Audiophile Audition Stan Getz and Astrud Gilberto had a worldwide smash hit in 1964 with The Girl From Ipanema so it made sense to take the show on the road while the song, and bossa nova, were both still hot. Getz and Gilberto embarked on a six-month US tour and recorded two New York shows for this album. One show was at Carnegie Hall, but the show that inspired the album's title was at Greenwich Village's Café Au Go Go. Getz recorded this material with his new quartet, featuring a young Gary Burton on vibraphone, who also contributed two orginal songs. Gilberto earned a multi-album recording contract with Verve as a result of her touring with Getz.
192 kHz / 24-bit, 96 kHz / 24-bit PCM – Verve Records Studio Masters