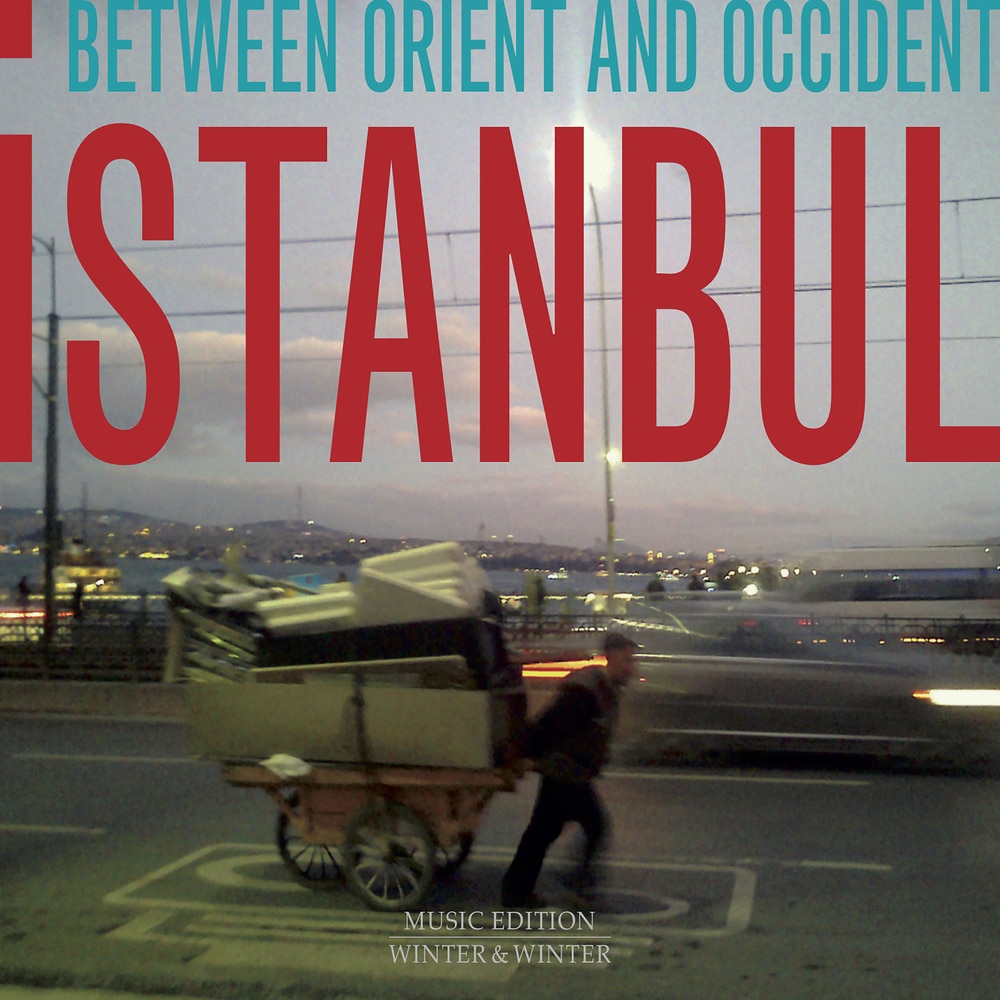 Istanbul: Between Orient and Occident

Available in 96 kHz / 24-bit AIFF, FLAC high resolution audio formats
Istanbul's soundscape, as well as its architecture, which already influenced the young Le Corbusier 100 years ago, are as fascinating as the unique, geographical location. In early 2018, Mariko Takahashi and Stefan Winter explored this special city for almost two months to capture urban sounds and hidden folk songs. "Day after day, we wander for hours through the streets and alleys in all weathers. Just like a photographer carries a camera and a painter or architect carries a sketchbook to gather impressions, we collect the sounds of the city with a microphone. In Beyoğlu crowds of people are walking through the İstiklâl Caddesi. Not far from this boulevard marked traders present threat goods and sing simple songs under tarpaulins in the steeply sloping side streets. The Gezi Park near the transport hub Taksim Square today seems to be a haven of peace in our days. In Karaköy, fish vendors are shouting in the market place. Car horns and sirens of impatient drivers resound out of the almost never-ending traffic noise. Chants from loudspeakers from the minarets of Eminönü cross the Golden Horn. Ferry boats - always pursued by the shrieking of seagulls - cross the Bosphorus from Europe to Asia and reach Kadıköy, where the young scene lives today. The seagull screams mingle with the noise of the ship's engines. Announcements sound over deck, low tuned ship horns sound like trombones. In contrast to these urban noises, Kanun player Serkan Mesut Halili and his friends introduce us to the world of classical Turkish music. Our wandering leads deeper and deeper into this huge metropolis. We meet the blind accordion player Muammer Ketencoğlu. He gives the city a voice with his accordion and his own radio show. Muammer Ketencoğlu presents already almost forgotten music because also in Turkey global pop music continues to spread like an epidemic. His music is dedicated to the tradition of folk music, which comes from the orient and occident. Every week since 1995, he plays music with Turkish, Kurdish, Armenian, Greek, Macedonian, Jewish and nomadic roots in his nationwide radio show. He knows the cross-border diversity of the musical soul of Istanbul like no other and brings us together with folk musicians, who reflect the cultural richness of this melting pot." - Mariko Takahashi and Stefan Winter
96 kHz / 24-bit PCM – Winter and Winter Studio Masters