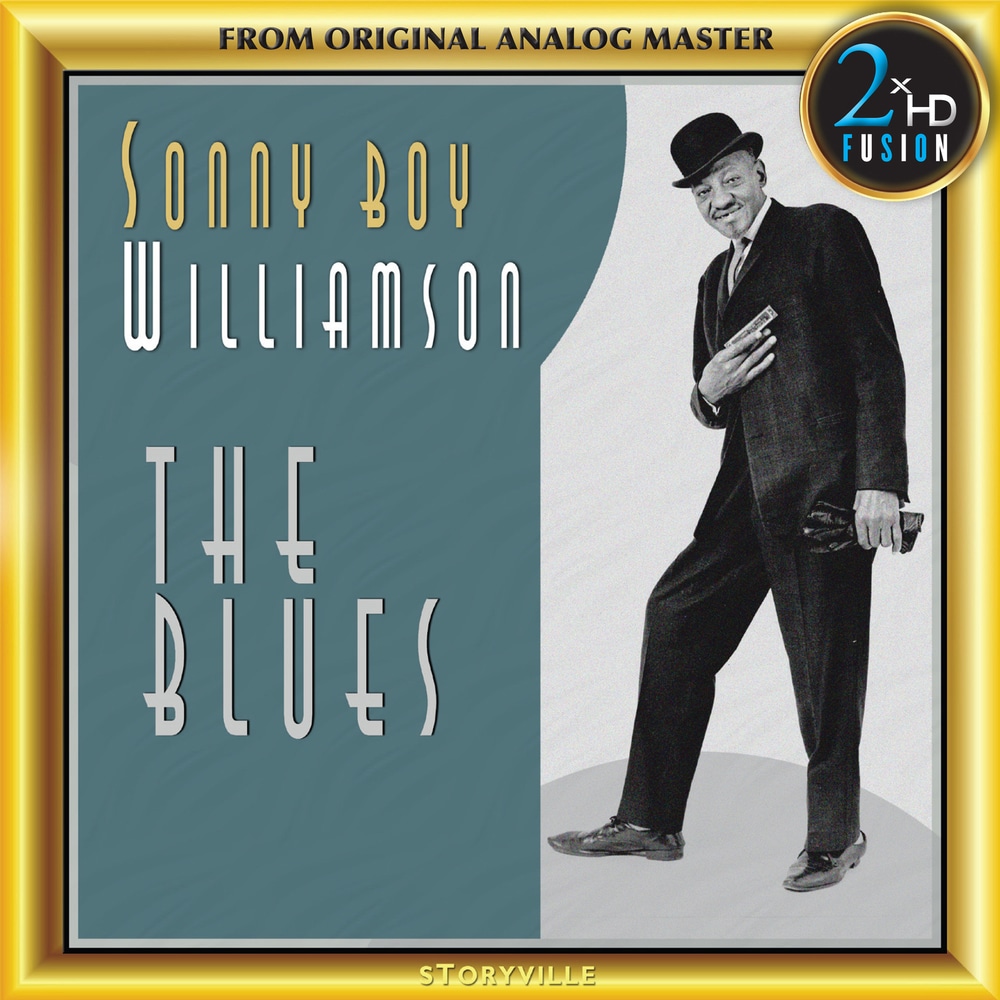 Available in 96 kHz / 24-bit AIFF, FLAC and 11.2896 MHz, 5.6448 MHz, 2.8224 MHz DSD high resolution audio formats
Whenever Sonny Boy Williamson began to play, any generational or cultural barriers that might have existed quickly crumbled. His harmonica spoke a language of our time, tortured, wailing, crying – and strangely beautiful; its effect was powerfully human and its appeal penetrated national, racial, and economic frontiers. His artistry, therefore, forged a link between himself and his newly won audiences, winning them over with his personality. The popularity of Williamson is exceptional.
96 kHz / 24-bit PCM and 11.2896 MHz, 5.6448 MHz, 2.8224 MHz DSD – 2xHD - Storyville Records Studio Masters