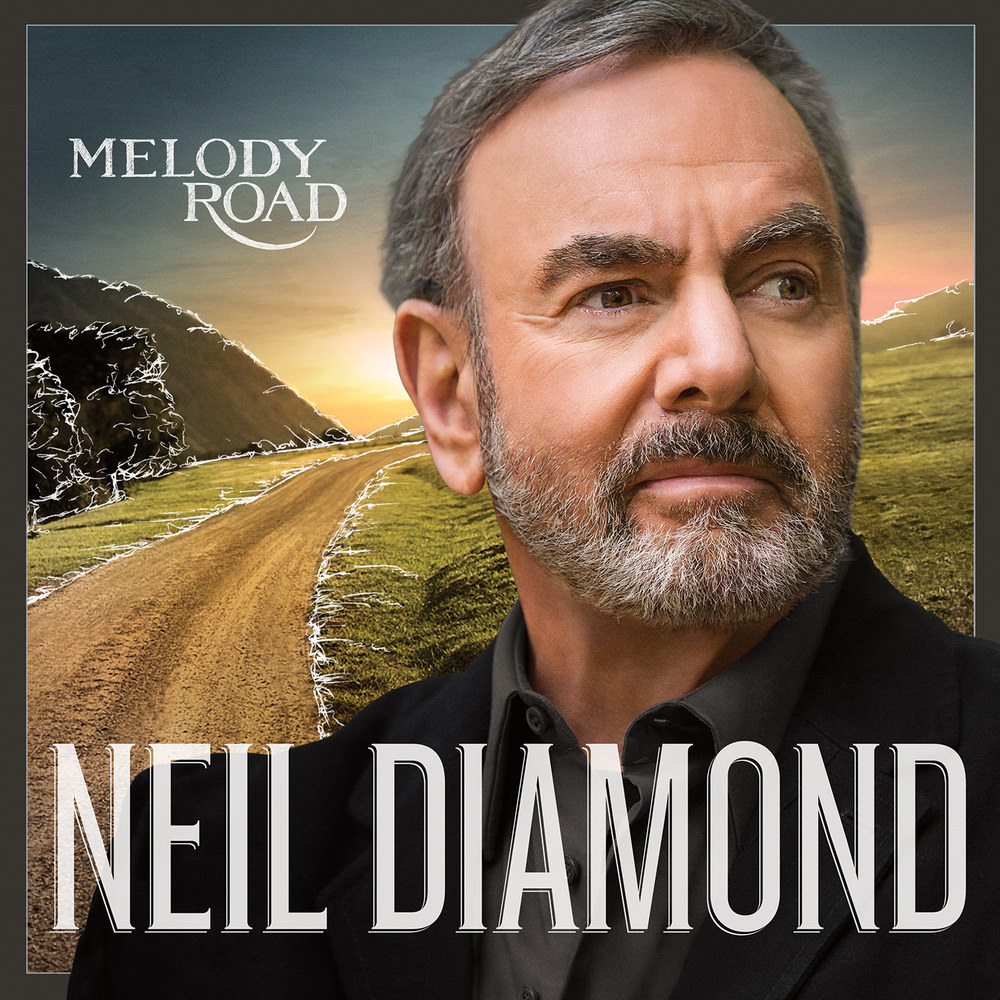 "It’s a tender offering from Diamond, who at age 73 hasn’t lost that ability to convey a wide swath of emotions ..."
- The Wall Street Journal

"... an album rich in orchestration that retains the dark rustic qualities of his last albums ... the ballads offer springboards for Diamond's still-potent voice ..."
- Billboard

Melody Road, Neil Diamond's first original studio release in six years, has been called a throwback to the sound of his classic hits of the late 1960s and most of the 1970s. Acclaimed producers Don Was and Jacknife Lee co-produced the album, bringing out the best in the singer's deep voice. A Grammy-winning artist, Diamond is a member of the Rock and Roll Hall of Fame, the Songwriters Hall of Fame and a recipient of the Sammy Cahn Lifetime Achievement Award, one of the highest honours bestowed upon songwriters.

“For decade after decade, Neil’s songs have been such a major part of our lives. Making this record with him has served as a profound reminder of what a powerful and amazing artist he truly is.”
- Don Was, co-producer
96 kHz / 24-bit PCM – Neil Diamond Studio Masters